Cash Rich Japan – Where To Invest? 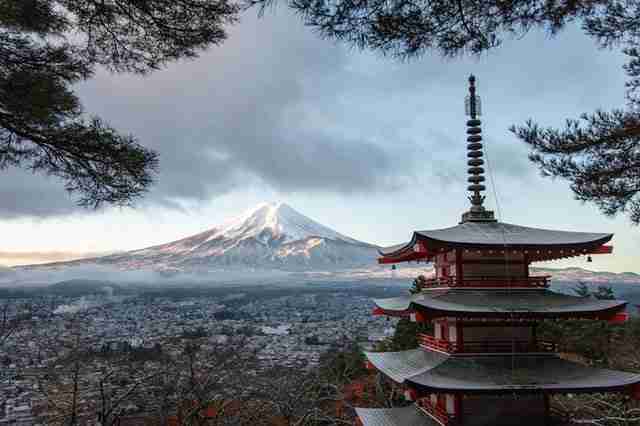 Where to invest? Thinking out of the box

With a country, many times smaller in size and in manpower than its immediate economic competitors (US, EU, and China), Japan alone at its peak represented nearly 18% of the world economy in terms of GDP during the mid-1990s. As of 2013, despite two decades of protracted deceleration, it is still the third-largest economy in the world with a decent 8% share.

Like the giant size of its economy, Japan’s capital markets as well have historically shown a tremendous amount of dynamism. In fact, Japan hosts the world’s largest stock market, known as Nikkei 225, by an aggregate market capitalization of over USD 3 Trillion, after the New York Stock Exchange and NASDAQ.

As of 2013, Japan is one of the most cash-rich nations in the OECD countries with assets of over USD 137,055 per adult household (second only to the US with USD 160,142). Japan houses the world’s largest pension fund, called the Government Pension Investment Fund (GPIF), with approximately USD 1.3 Trillion under management (twice the assets of its closest rival Government Pension Fund of Norway).

A good portion of these household savings either remains in cash equivalents in banks at near-zero rates of return or goes to fund the world’s largest domestic government debt at meager returns. Given the availability of safe and promising investment outlets, these funds await opportunities. Unfortunately due to the adverse impact of one of history’s worst financial crises, (global credit crisis (2007-2009)), on top of Japan’s homegrown rampant deflationary tendencies, investors have been looking for opportunities outside Japan.

The Japanese cash-rich companies are left with little choice but to park (sometimes not free of cost) their cash balances in banks waiting for good times. A recent report showed that flagship Japanese companies such as Toyota and Panasonic boosted their cash holdings to a record level of JPY225 Trillion (about USD 2.25 Trillion). Similarly, Japanese insurance companies seem to be on a shopping spree in the South East Asian countries for possible M&A targets.

This is due to saturation within the domestic insurance sector, a significant increase in systemic risks in developed capital markets, and a dearth of safer investment conduits. Still worse appear to be the prospects of recovery on the horizon despite the liberal monetary policy, all efforts of the Bank of Japan in terms of its strong stance on quantitative easing to boost prices and recent policy initiatives of the current Government called Abenomics aimed at reviving the economy.

Given such a bleak outlook, the question is where to invest?

The Sukuk (or Islamic Bond) markets around the world are one alternative that the Japanese investors have perhaps not explored to their potential. Maybe this is high time for Japan to test the waters of these markets. Relatively well developed in Southeast Asia, particularly in Malaysia, the Sukuk markets have shown tremendous growth attracting investors from far and wide. Currently, a USD 1.2 Trillion markets, is expected to double by 2017.

The Economist reported that during January-September 2012, over 109 billion US dollars worth of Sukuk was issued, a vast majority of 80% of which took place in Malaysia alone. This was followed by issuance in countries like Saudi Arabia 9.1%, UAE 5.3%, Indonesia 4.8%, Qatar 4.0%, Turkey 1.5%, and Bahrain 1.3% (and Others 2.6%). In the GCC countries, more than USD 21 billion worth of Sukuk were issued in 2012, which is three times higher than those issued a year earlier.

A good share of the money raised in the Middle East (particularly from Qatari sources) via issuance of Sukuk was invested in landmark real investments such as the Shard London, Harrods London, and the London Olympic Village. Addressing a1000 delegates gathered at the 9th Annual World Islamic Economic Forum (WIEF) on 29th Oct 2013, the British Prime Minister David Cameron expressed his strong solidarity with the Islamic capital markets in these words:
“I want London to stand alongside Dubai as one of the great capitals of Islamic finance anywhere in the world”.

George Osborn, the UK Chancellor of Exchequer noted that London was chosen as the venue for WIEF (over the most likely hosting candidates such as Dubai, Jakarta, or Islamabad) speaks of the fact that the city of London with its USD19 billion assets in Islamic banking is already a hub for these markets. He further pointed out that the UK PM was expected to announce UK Treasury’s work in progress to issue Sukuk worth £ 200 million.

Islamic Banking – not just for Muslims!

These are risk and return dynamics, diversification, and credit concerns that attract funds – and not considerations such as a belief, faith, or specified socio-religious line of thinking. Islamic banking does seek compliance with a well-established ethical milieu that emanates from a principle stance on the prohibition of interest. From a purely business perspective, there is nothing in Islamic banking that stops non-Muslims from entering into or seeking profitable ventures in such markets.

Islamic Banking is an all-inclusive term for business financing and investing activities that steer clear of paying or charging interest. Islamic banking offers a range of investment products in addition to or as a strong alternative to the existing conventional banking products, offering a wider portfolio diversification and hedging options thereby adding means of asset liquidity and price discovery.

There is however a clear emphasis on ethical and certainly more responsible investment structures which shun the likes of industries that promote public indecency, inebriation, and pleasure drugs. Moreover, fairness and equitable risk and return sharing between counterparties remain at the bottom of the Islamic banking model.

Islamic banking emphasizes the participatory form of lending and borrowing with the counterparties to share both profits and losses (equally or in proportions mutually agreed). Islamic banking encourages transparency in transactions. This clearly distinguishes it from conventional banking which has no such dos and don’ts associated with investments. However, there is nothing in Islamic banking that prohibits non-Muslims to participate in the growth of such markets.

In fact, some of the highly influential Wall Street banks have either invested in Islamic bond markets on their own accounts or have done so on behalf of their customers. In certain instances, London High Street bankers are involved in Sukuk underwritings. Islamic banking is more a norm, not an exception, considered a part of the universal banking mandate for London-based banks. This makes the City of London certainly a hub of Islamic banking.

Large Japanese companies sitting tight on surplus cash are likely to erode their shareholder value. They urgently need vehicles to employ these funds. In the absence of full-scale legislative and legal support to issue Islamic bonds in domestic markets, there is nothing that stops them to closely examine the risk-return paradigm of Islamic bond markets overseas – particularly in South East Asia. In addition to decent returns, these markets can be a source of much-needed diversification and de-correlation.

Sukuk (plural of sakk meaning an instrument or bond) is nothing but conventional bond instruments which are bought to be held to maturity with no prospects of pre-determined interest given or charged. In a conventional framework, money is an asset that has a well-developed notion of time value.

A conventional bond could be issued at par, discount, or premium, promising to pay a certain amount of interest with repayment at maturity. In an Islamic framework, money is a measuring and transacting tool (not an asset in the sense described in a conventional theoretical context – hence in the same contextual framework, in the absence of interest, money does not have a time value). Instead of paying interest, Sukuk offers ownership in the enterprise (which is akin to equity ownership).

Sukuk al Ijara is perhaps the most acceptable and most traded instrument. In this type of Sukuk, rental is benchmarked to LIBOR and the instrument is bought back by the issuer at maturity. Fund proceeds from these bonds are invested in clean and compliant industries (all industries and investment vehicles except a listed few as delineated above in this article).

Japanese companies have been trading in Islamic products at least since 2001. The table below summarizes Japan’s overtures with Islamic finance. In December 2008 through the Ordinance for Enforcement of the Banking Act/Insurance Business Act, subsidiaries of banks and insurance companies were allowed to conduct Islamic financial transactions with three specific provisions as follows:

– The transaction is “deemed equivalent to money lending,”

– Receipt/payment of interest is prohibited

– A Shariah board, consisting of experts with professional knowledge of the religious discipline, approves the transaction. In fact, all transactions are compliant except the ones that run in obvious repugnance to the norms of Islamic law.

Despite apparent steps forward, banking parent companies in Japan do not seem to have a clear mandate to engage in non-banking transactions. Security companies, under relatively relaxed regulations, seem to be carefully examining the developments in Islamic financial markets before they feel confident enough to make a decision. Some financial think tanks and legal experts are looking at alternate models of a possible legal framework that could likely be adopted by Japan to grant full-scale permission to deal in these securities.

It seems there are two comparative models under consideration, one the UK model and the other Malaysia model. Under the UK model, Islamic products are covered under a university banking model. On the other hand, the Malaysian model separates legal and regulatory aspects of Islamic banks from conventional ones. While Japan is carefully watching its options, there is a likelihood that it will opt for a model similar to, if not exactly, the Malaysian-style legal framework.

While examining the Financial Instruments and Exchange Law (FIEL 2006 amendment), it seems Japan has already given its tacit approval for the Islamic bonds. For instance, under FIEL, there are two types of securities:

Under CIS, a bank can receive a financial contribution to invest and distribute profits back to investors. FIEL includes Kumiai (組合) and Tokumei Kumiai (匿名組合) – ‘partnership’ and ‘silent partnership’ respectively. Mudarabah and Musharika might fall under CIS – subject to a legal opinion from experts. Otherwise, banks are not allowed to engage in buying/selling of physical commodities and merchandise. Hence, Murabaha (commodity sale) and Ijara (lease), prima facie fall beyond the scope.

Apparently, the regulations governing “deemed” securities are less stringent in Japan (for example in terms of disclosures) – subject to expert opinion on a specific structured deal. In case of mass sale or issuance, it will require disclosure similar to traditional securities.

As far as Sukuk trading is concerned, they will most probably fall in the category of “traditional” securities. Hence the legal underpinnings of Sukuk by all intent and purposes will remain similar to bonds. However, if the Sukuk is structured as a “deemed” security, they may not be subject to the same regulations as those of their “traditional” counterparts.

Given an enormous amount of excess cash coupled with persistent anxiety of depressed markets around the world, perhaps for the first time in its economic history, Japan keenly looks outwardly. It has expanded its industrial might to China, India, South East Asia, and the peripheries. It has yet to decide what to do with trillions of dollars lying idle or underutilized in its vaults. Islamic banking (manifested recently through swift growth of over a trillion-dollar Sukuk market) offers an alternative.

Sukuk markets have remained relatively calmer in the recent global credit and European debt crisis, a fact that is inviting the attention of many erstwhile unlikely partners in investments. Japan, being one of them, is a little reluctant and certainly needs a legal and legislative nod to go ahead with a decision to pasture in these greener, but un-treaded, paths.

Like Loading...
Previous Post:Kuwait, UAE Have Highest Food Security Among Arabs
Next Post:Malaysia To Issue New Halal Labels For Exports To Canada