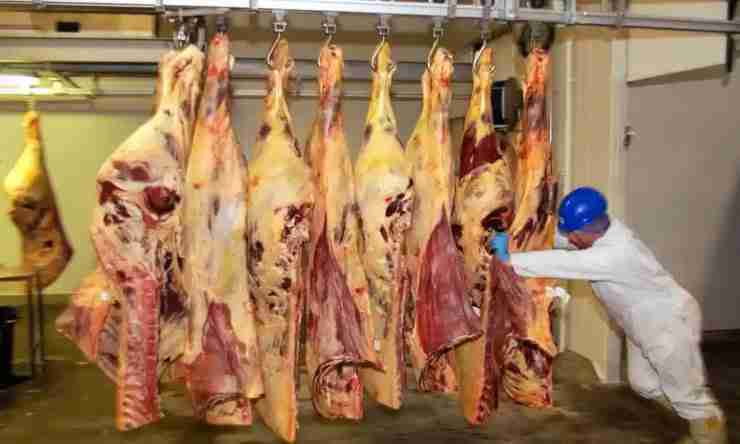 A former meat processing plant in Tiermaclane looks set to reopen under new management over the coming weeks, according to Deputy Cathal Crowe.

The plant is being taken over by Asba, which has offices in Shannon, and specializes in the production, processing, and supply of stun-free Halal meat products and seafood.

Deputy Crowe said the new owners are on site on a managerial basis but noted the plant will not be operational until it obtains the necessary license from the Department of Agriculture.

Acknowledging the licensing process can be slow during normal times, Deputy Crowe confirmed he has been engaging with Agriculture Minister Charlie McConalogue, Department of Agriculture staff, and the regional veterinary officers to fast-track the necessary paperwork as quickly as possible.

Following talks with Minister McConalogue, Deputy Crowe confirmed progress is being made towards securing a possible reopening date.

The Fianna Fáil Deputy confirmed the Halal method of slaughtering is currently under review by senior veterinary officers in the Department of Agriculture.

There is some speculation that a stunning system before slaughter that is already available in European countries may be introduced in Ireland.

Deputy Crowe said the reopening of this meat processing facility will be welcomed by Clare farmers as it will have far-reaching tentacles into the Irish meat markets and Europe.

“It offers the farming community a meat processing facility within the county, and it will also create jobs, which is an exciting prospect as we emerge from Covid-19.”

In February 2020, Kepak staff were told the plant would close for four to six weeks, due to “challenging market conditions”.

In a statement issued to the newspaper at the time, the company confirmed it would temporarily suspend operations at its Clare site in Drumquin.

“Despite a comprehensive review and significant efforts to keep the Clare abattoir operational, management at Kepak has determined that the site is no longer competitive.

“Against a backdrop of challenging market conditions for the beef industry in Europe, Kepak Clare has been procuring cattle at a price premium associated with markets such as the United States, China, and the UK.

“However, given Kepak Clare is not approved for export to such markets, it consequently cannot achieve the associated price premium to remain competitive, leaving no alternative to a temporary closure,” the company stated.

However, the plant never reopened, prompting fears for the long-term viability of the plant.

When Kepak Clare was acquired in 2016 it employed in the region of 21 people, which was almost half of the 47 workforces when Kepak took it over from John Kelly Meats in 2017.

Indonesia Aims to Become Halal Industry Center by 2024
Next Post:Symposium To Be Held on Growth of Halal Food & Beverage Industry