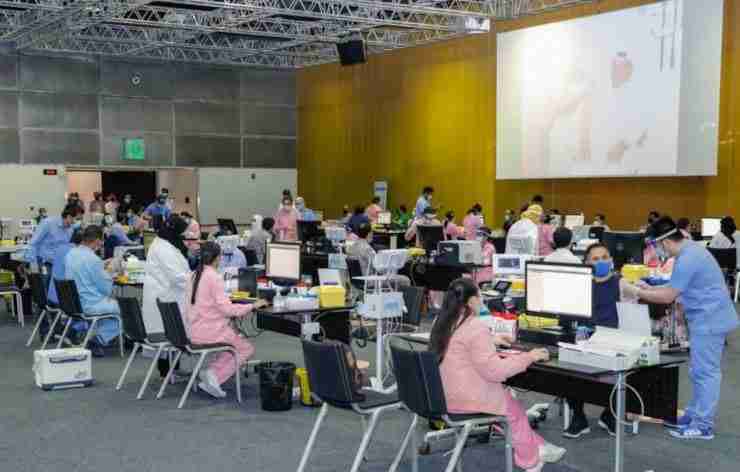 Doha: Taking a COVID-19 vaccine injection will not break a Muslim’s fast during Ramadan, a senior official from the Ministry of Awqaf in Qatar said.

In a post on Twitter Sheikh Dr. Thaqil bin Sayer Al Shammari, Deputy Head of the Court of Cassation in the Supreme Judiciary Council and Head of Shariah Committee the Ministry of Awqaf and Islamic Affairs, said that the vaccine does not break fasting because it is taken intramuscularly and it does not reach the stomach via a regular route.

“Based on this, the committee said that it is permissible to take the vaccine against the virus (Covid 19) during the day in Ramadan for a fasting person,” the post added.

“If the fasting person needs to take it during the day in Ramadan, this does not break his fast, because the injections are taken under the skin, intramuscularly,” the Head of the Fatwa Committee said.

Ramadan will begin mid-April as per the moon sighting and officials and scholars in many Arab and Muslim countries have weighed in saying taking vaccine will not break the fast.

Islamic religious scholars around the world have been issuing fatwas to clarify this issue in detail. The vaccination campaign in many Muslim-majority countries will continue even during Ramadan.

Islamic organizations and experts have echoed the position suggesting that the COVID-19 vaccine does not invalidate fasting during Ramadan. Citing the opinion of Islamic scholars, the association said that subcutaneous, subdermal, intramuscular, interosseous, or intra-articular injections for non-nutritional purposes whilst fasting do not invalidate the fast.”

Medical experts, however, suggest the people with a Diabetes history should avoid fasting in the place as not taking insulin could be dangerous for their health. Some people with diabetes give up their insulin injections during Ramadan and take them until dawn or during breakfast (iftar).

Many international associations recommend people with type 1 diabetes should refrain from fasting.

The American Diabetes Association said: “patients with type 1 diabetes, especially if ‘brittle’ or poorly controlled, are at very high risk of developing severe complications and should be strongly advised to not fast during Ramadan.”

The association added that patients who are unwilling or not able to monitor their blood glucose levels repeatedly on a daily basis are at high risk and “should be advised to not fast.”

According to the latest fatwa issued by Grand Mufti of Saudi Arabia, taking a vaccine job while you are fasting will not affect your fasting. So he advised the Muslims to get vaccinated even during Ramadan while they are fasting.

The Halal Times had touched upon the topic in detail in a separate article.