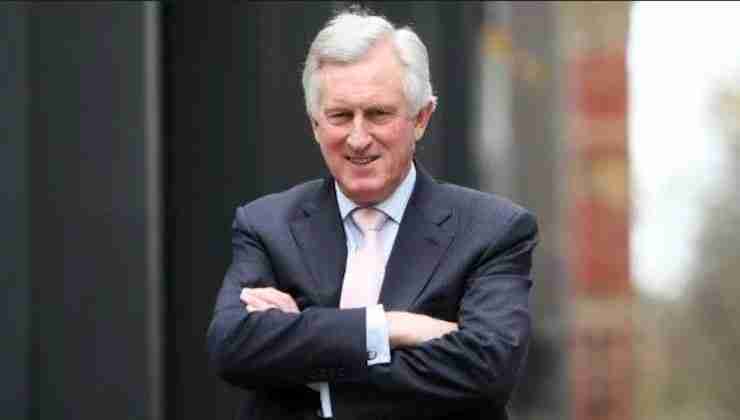 John Hewson of Crescent Finance wants to channel up to $5 billion in Shariah-compliant home loans from local investors as well as from countries such as Malaysia, Brunei, and Indonesia over the next five years to Australian Muslims, whose outright homeownership is half that of the wider population.

The economist and former Liberal Party leader chairs specialist lender Crescent Finance, which is targeting both foreign institutions and local investors to back funds that will lend to Australian Muslims.

Islamic principles forbid the charging of interest, so halal, or sharia-compliant, mortgages tap funds from investors who are paid a regular revenue based on rental payments made by the owner, as well as funds from investors counting only on a capital gain when the property is sold.

The Dr. Hewson-chaired company is part of the Crescent financial services group founded by former Australia Post director Talal Yassine. It is setting up two funds – an income fund that he expects to reach about $500 million in the next two to three years and a capital fund that will get up to about $200-$300 million in size.

“It’s the flexibility of the link between those two funds that should be attractive – a choice of income or capital, drawing on the benefits of both,” Dr. Hewson said.

A 2015 University of SA study of Australian Muslims found 15 percent of Australia’s 476,290 Muslims owned their home outright while almost 31 percent of the wider population owned outright.

Among both Muslim and non-Muslim Australians the proportion of people owning a mortgage was about 37 percent, indicating many Muslims are already accessing non-Muslim financing methods.

Many have no choice, says Zac Karolia, who works in industrial property in western Sydney. The 25-year-old is engaged, and he and his fiancee want to buy their first property.

“[We want] nothing too extravagant – may be a unit or apartment in the Bankstown area”, Mr. Karolia said.

“Looking to get secure sharia-compliant finance is quite hard,” Mr. Karolia said.

He recently acquired a car, but to avoid buying it through finance, ended up leasing it, which was more expensive and meant he didn’t actually own the vehicle. To get into the housing market, he sees little alternative to a conventional mortgage.

“It’s a shame but essentially, it is heading down that path,” he said.

Many existing compliant financing products give a title to the customer, with a side contract specifying they’re buying it on behalf of the bank.

By contrast, ownership under Crescent Finance’s loans is held by a special purpose vehicle – partner Domacom’s platform allows for fractional ownership of property – with the buyer listed as a “tenant in common” along with a professional trustee.

The buyer pays rent on the home proportionate to the equity they hold.

The challenge for halal financing is not just to get a consumer loan structured in a way that doesn’t charge interest. The provenance of the funds borrowed also matters, and if those are coming from wholesale markets that charge interest, the funds fail to comply for many.

While Crescent Finance is seeding the two funds with $20 million from sister company Crescent Wealth and seeking to raise $100 million from local SMSF and institutional investors by year-end, in the longer term it wants to draw in funding from Islamic investors, particularly in neighboring south-east Asia.

“We know there is a huge gap and there’s a clamoring for it,” Dr. Farook said.

“We think the demand for institutional-grade residential mortgage-backed securities will also be very significant very soon. And it’s exposure to a new market which Australia hasn’t played in ever in terms of raising money for the debt capital markets.”

The income fund will take 1 percentage point of gross profit and is targeting returns between 3 percent and 4.45 percent, while returns on the capital fund will reflect the wider residential market. Crescent Finance’s predictions are based on estimates of financing between 1350 and 1650 homes over the next five years, Dr. Farook said.