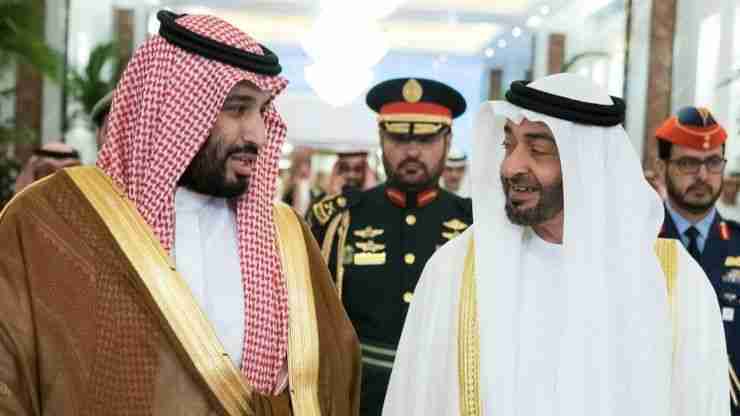 The economic competition between Saudi Arabia and UAE is intensifying. The UAE is flexing its muscles ` against Saudi Arabia, the largest economy in GCC. Both the countries seem to be taking diverging routes to grow their economies to the next level.

Both countries are following somewhat different strategies to strengthen their economies.

The UAE has been the commercial capital of the GCC countries for more than a decade now. However, Saudi Arabia has also recently started luring a large number of multinational companies to move their regional offices from the UAE into the kingdom.

The crown princes of Saudi Arabia and the UAE held talks earlier this week to discuss oil policy and other economic issues. The UAE has already shown its plans to strengthen its relations with the fast-growing economies of Asia and Africa. It aims to get $150 billion of inward foreign investment by 2030.

Sheikh Mohammed had traveled to Riyadh in July to meet his Saudi counterpart after the neighbors had clashed over oil policy, roiling global energy markets. A compromise was eventually reached — and the countries’ energy ministers made a public show of how they had patched up differences.

The UAE is facing growing regional competition from Saudi Arabia, the Arab world’s largest economy. On Sunday, the UAE said it was working on comprehensive economic agreements with countries in Asia and Africa, seeking $150 billion of inward foreign investment over the next nine years, and further eased visa restrictions to try to attract more foreign talent.

Saudi Arabia has been also working on plans to boost economic growth. The world’s largest oil exporter is pushing international companies to put their Middle East hubs in the kingdom by the start of 2024 or risk losing out on business. Some news channels and other companies are already starting to transfer operations out of Dubai.

Saudi Arabia is also working on meeting the goals of Vision 2030. It is also developing a comprehensive halal regulatory framework following the footsteps of Malaysia and the UAE.

Based on what we know so far, it looks like both Saudi Arabia and the UAE will take diverging policies to strengthen their economies. Up until recently, they had cooperated on many economic issues like going to war on Yemen and oil policies. However, now the economic competition between the two countries is intensifying.