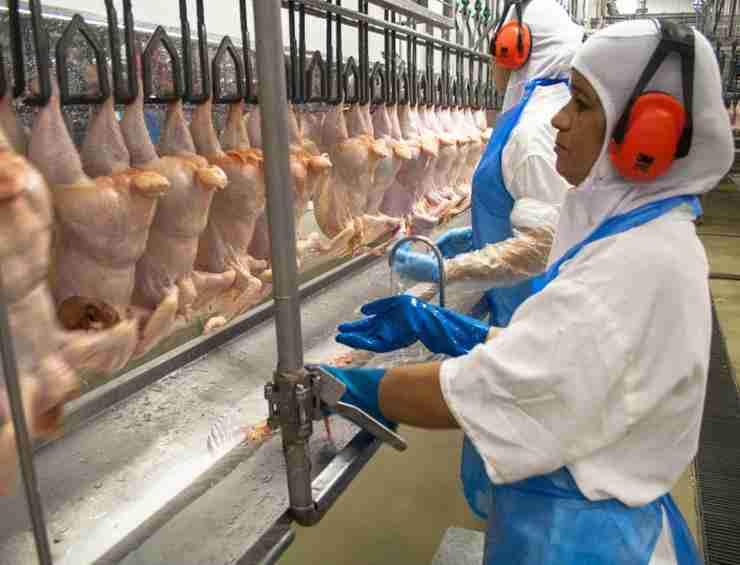 São Paulo – Halal meat sales have plummeted due to COVID-19, Brazilian media has reported the story. Every year, GCC countries’ food imports jump before Ramadan or other special times of the year. But, not this time. This year, there has been a sharp decline in halal meat imports from Brazil to the Middle East and other Muslim-majority countries as a result of the COVID-19 pandemic.

It isn’t unusual for Muslim-majority countries to stock up goods, in the months before Ramadan, especially food items. However, amid the Covid-19 pandemic, imports of halal-certified products slowed in many parts of the world.

Federation of Muslim Associations in Brazil ( Fambras ) vice-president Ali Zoghbi said that demand for food products usually goes up 30 to 40 days before Ramadan begins. In March 2020, Brazilian food and beverage sales to the GCC countries were 968,440 tons, 11.52% higher than in the previous month. Sales to other Muslim countries were up 4.89% over February to 2.28 million tons. But, since then, there have been sharp declines in halal food exports from Brazil to other countries.


Halal meat export for several countries decreased year-on-year from January 1st to date. For the Middle East, it was down 5%, except the UAE, where it remained flat. Halal meat exports for Asia were down 5%, except for China, in the upwards of 10%. European countries such as Germany, Belgium, and Italy saw a 10% drop as well, while in the Netherlands the level was on par with that of the last year. Africa also saw a decline of 5% on average but the halal food exports remained unchanged for South Africa.

The postponing of product promotion events is one of the challenges that the halal sector is facing in these times of Covid-19. ‘Since the international food industry shows got canceled, possibly for all of 2020, our industry should seek alternatives, like enhancing trade ties with clients, building mechanisms to achieve sustained growth. They must develop contingency plans and risk reduction across the supply chain. These actions are crucial to keeping trade balanced for Brazilian industries,’ said Dib.

When it comes to halal products, the Brazilian Animal Protein Association ( ABPA ) numbers back up Dib’s analysis. ‘Sales of some halal products went down in some markets, while others imported the same amount or even more. This is only natural, since the Ramadan itself had a different dynamic in 2020, as a result of the lockdowns in several countries as a result of the Covid-19 epidemic,’ reads a press release from ABPA. In the coming months, the association expects sales to keep steady. ‘We hope exports will remain at current levels.’

While pre-Ramadan imports usually pick up, during the actual month the opposite usually holds, since inventories are already in place. Nevertheless, Dib believes sales will remain solid this year. ‘We have an optimistic outlook. We believe there will be no abrupt drops. What we’ll see is adaptations stemming from a more efficient, safer management of commerce,’ he explains.

Ali Zoghbi notes that Brazil’s industry keeps putting out food to meet export demands. ‘Manufacturing lines are working as usual for this time of the year, particularly for halal items. This is what we’re seeing. Of course, we are closely evaluating the market daily. We have noticed that orders are coming in as usual. Our production remains unchanged. We are slaughtering animals as usual,’ he said.

Some Arab countries are keeping watch of supplies to make sure there’s enough food for the holy month of Ramadan. Official news outlet WAM quoted UAE Food Security Council spokesperson Essa Al Hashemi as saying on April 22, that despite the exceptional circumstances the country and the world are facing, food and beverage import and export volumes remain the same as last year.’