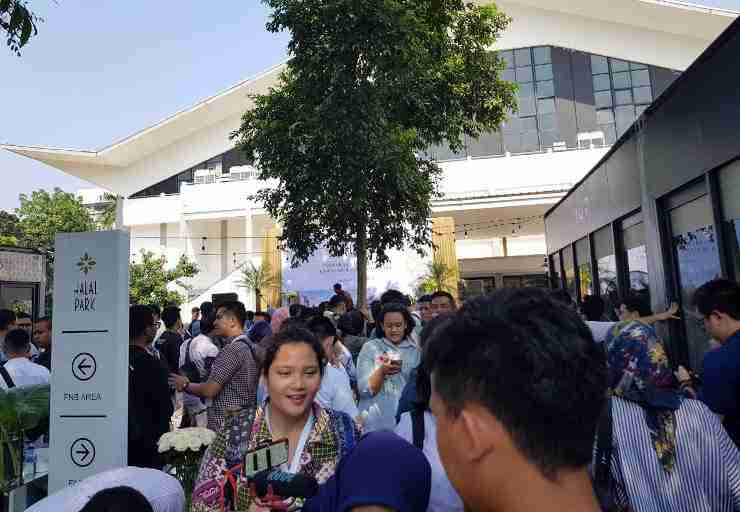 Halal food demand is rising in Indonesia as people turn to religious practices for comfort amid the COVID-19 pandemic, reports have shown.

Inventure Knowledge, local research and consulting company, said in a report published on Monday that concerns over the risks of COVID-19 had contributed to an increase in people’s awareness about the importance of consuming halal and hygienic food, as the SARS-CoV-2 is believed to have started in a wet market in Wuhan, China. The country has since imposed a blanket ban on wild animal trade and consumption.

“Consumers are becoming increasingly aware that non-halal food and food that is not processed hygienically have great potential to cause diseases such as the one we see today,” said the report, synonymizing halal with healthy and hygienic food.

The insight supports findings by McKinsey & Company, which showed a shift in consumer behaviors. Consumers prefer foods that are healthy and locally sourced more now than before the pandemic, the consulting company stated in an April 2020 report titled Reimagining food retail in Asia after COVID-19.

Yet, even before halal food gained in popularity due to increased hygiene concerns in recent weeks, reports on the global and domestic halal economy showed that the industry has been growing for years.

The world’s 1.8 billion Muslim consumers spent an estimated US$2.2 trillion in 2018 across different sectors of the halal economy, which indicated 5.2 percent year-on-year growth. The overall halal economy is projected to be worth $3.2 trillion by 2024, based on the 2019 State of the Global Islamic Economy report produced by DinarStandard, a research and advisory firm.

Indonesia Halal Lifestyle Center chairman Sapta Nirwandar explained in a webinar on April 24 that Indonesia’s Muslim consumers spent around $218.8 billion across core sectors of the halal economy in 2017 and that the figure was estimated to reach $330.5 billion by 2025. The food and beverage sector will see the biggest growth in value as spending in the sector is forecast to hit $247.8 billion by 2025, up from a recorded US$170.2 billion in 2017.

“These are pre-COVID-19 projections,” Sapta clarified, noting that the overall halal economy would be impacted due to declining purchasing power. However, he said that the halal food sector was among those least affected by the health crisis, alongside the halal pharmaceutical and halal media sectors.

On the flip side, halal travel, halal cosmetics, and modest fashion would be strongly affected, he said, as people were cutting back on non-essential spending.

The trend is not only visible in Indonesia, as other countries have also recorded a surge in demand for halal food. The United Kingdom Halal Monitoring Committee (HMC), a halal certifying body, reported a significant increase in demand for halal meat due to the outbreak.

“With the recent outbreak of COVID-19, the demand for halal meat has increased. Where the average customer would buy, for example, 1 kg each week, they are now asking for up to 10 times more in the same visit, thus putting a strain on the market to fulfill the increased demand,” the HMC said in a statement released on March 31.

Despite Indonesia having a steadily growing halal economy — in 2019 the country became the fifth largest halal economy according to the Global Islamic Economy Indicator (as shown in the chart below) — the country has yet to fully benefit from it.

As reported by DinarStandard, Indonesia ranks first for the most spending on halal food, amounting to $173 billion in 2018, significantly more than second-placed Turkey with $135 billion.

However, Indonesia did not make it into the top five countries for most exports to members of the Organization of Islamic Cooperation, with the top five being Brazil, Australia, Sudan, Bangladesh, and Turkey.

The report also suggests that halal ingredients, halal feed, halal food-tech, and meat-based meals and snacks are among the “hot sectors for growth” in 2020, emphasizing that there are prospective business opportunities to be tapped into across the halal food space.

With the recent outbreak, people are looking to boost their immunity through healthy eating. The World Health Organization (WHO) has appealed to the public to consume more healthy food and avoid or reduce alcohol consumption as it weakens the immune system.

“This reflects halalan thoyyiban [adhering to Islamic principles]. This is indirectly promoting halal food,” Sapta said during the webinar in response to the WHO guidelines, suggesting optimism about the growth of the halal food sector amid the pandemic.