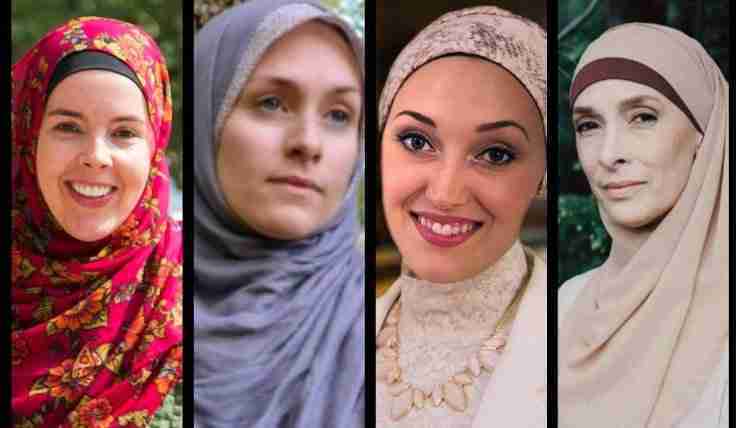 Hijab-wearing women rock. That is the title we saw for an article written by Ms. Remona Aly, a Muslim, for The Guardian. Now, Muslim girls and women not only in the UK but also in other minority Muslim countries such as the US, France, and Japan, are becoming vocal about what they wear and how they look like. This, to me, seems a recent phenomenon. We strongly believe that we need more and more Muslim men and women from different walks of lives need to be more assertive about their religion, about their food habits and about the modest fashion trends they adopt.

Following is a link to the original article we saw. Please enjoy reading it

God gave rock’n’roll to you! So US rock band Kiss chanted in the early 90s, a cover of the original song by British group Argent. My relationship with this “divine” gift started early. At 12, I riffled through my brother’s vinyl collection and emerged a fan of U2, Faith No More and Led Zeppelin.

Recently, aged 31, I set out in my coolest headscarf to see the best live band in the world: Muse, on their Resistance Tour. I looked around, but spotted not one of my species – an “undercover Muse-lim”, as one friend dubs me. But there are others.

Shabana, a solicitor and mother of three, has listened to rock music for as long as she has worn a headscarf. She has dragged her husband to a Jon Bon Jovi gig; her son has taken up an electric guitar. “People are always surprised to find out about my rock collection,” she says. “They take one look at my headscarf and assume I’ll be into choir music!” I know the feeling.

So does Arub, an architecture student and Kerrang! subscriber, who says that she and nearly all her hijab-wearing friends would rather listen to Linkin Park than shallow pop. “Rock appeals because it rebels against the norm, it sells on the angst of not belonging – something women in hijab relate to,” she says. “It’s the natural choice for a hijabi.”

Arub’s words strike a chord. When, at 18, I decided to wear a headscarf, some friends said I would belong even less to a country where I was born, bred and buttered. But being in a minority can give confidence: I was surer of my identity and even of my Britishness. I feel the relevance of rock instinctively as lyrics from my album collection pulsate in my head: “I will never know myself until I do this on my own . . . I will break away, I’ll find myself today”; “Don’t be afraid of what your mind conceives /Stand up for what you believe.”

The call of rebellion, the claim for independence: there is an affinity between rock music and those like me, Shabana and Arub – women secure in both their faith and music taste.