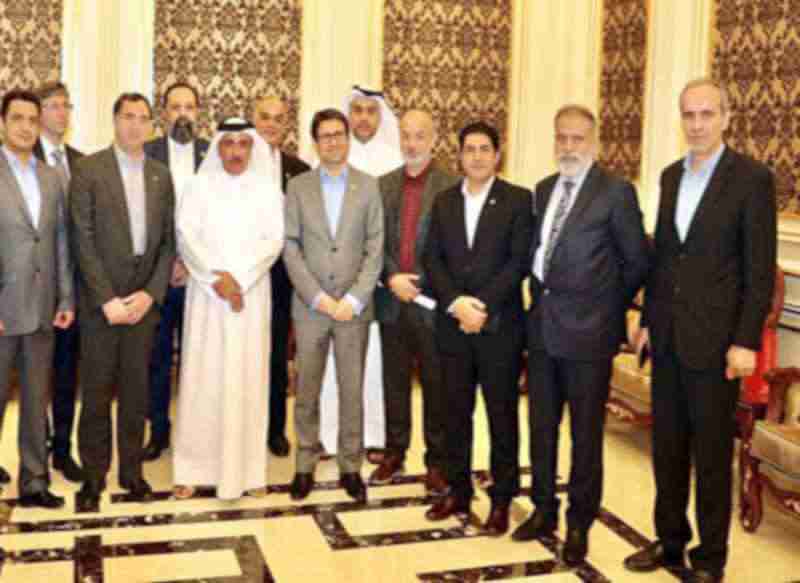 Q atar has stressed the importance of facilitating maritime trade with Iran.

This was underlined by Qatari Minister of Transportation and Communications Jassim Saif Ahmed Al Sulaiti in a meeting with CEO of Ports and Maritime Organization of Iran Mohammad Rastad in Doha on Monday, the Ministry of Roads and Urban Development’s news portal reported on Tuesday.

The two sides scrutinized ways of eliminating obstacles to exports and transit from Iran’s southern ports to Qatar and of increasing private sector investments from both countries in the fields of logistics and maritime transportation.

A delegation of Iranian officials, public and private shipping companies as well as maritime players are accompanying Rastad in his visit to Doha.

The role of cargo movement through sea route has increased in Qatar after a number of Arab states—led by Saudi Arabia—abruptly severed diplomatic relations with Doha early June and imposed a blockade on the Persian Gulf country, accusing it of supporting terrorist groups.

According to Adnan Musapour, a member of the Export Committee at Iran Chamber of Commerce, Industries and Mining, most Iranian shipping lines have now switched their transport services to Qatar, instead of the UAE and Oman.

Torang Darya Shipping Line, the biggest private shipping company in Iran, has announced that it intends to expand its business in Qatar.

“Before the siege (imposed on Qatar), we did not have any desire (to expand) because Qatar was importing most of its requirement from some of its neighboring countries. But right now, we have the desire and the plan for import and export from Qatar. We want to extend our business in Qatar,” Amir Khani from TDS Line said.

The company expects trade between Qatar and Iran to increase, leading to an increase in its frequency from Qatar.

According to the latest data released by the Islamic Republic of Iran Customs Administration, Iran exported $139 million worth of non-oil goods to Qatar during the seven months to Oct. 22, registering a remarkable %117.5 increase compared with the same period of last year.

Notably, exports saw a significant growth during the month ending Oct. 22. Iran exported about $50 million of non-oil products to Qatar during the one-month period, which shows a fivefold rise year-on-year.

Bitumen, food and agricultural products accounted for the largest portion of the exports. Bitumen exports during the period under review amounted to $28 million, significantly higher than the export value of other commodities shipped from Iran to Qatar during the period.

Other than bitumen, tomato, milk and cream, cucumber and watermelon have been among Iran’s top exports to Qatar after the Arab siege.

Valfajr Shipping Company (affiliated with the Islamic Republic of Iran Shipping Lines), Rah Abrisham Marine Shipping Agency and Pasargad Shipping Lines are among other Iranian firms that have recently started services to Qatar.

Masoud Khayatzadeh, the head of Abadan Chamber of Commerce, said the chamber has been holding talks with major Qatari companies to establish an exclusive wharf in Qatar for Iranian goods to ease transportation to the neighboring state.

During the Qatari transport minister’s visit to Tehran in late October, the two countries formed a joint committee to boost cooperation in air and marine transportation.

Turkey’s Economy Minister Nihat Zeybekci and his Qatari counterpart Ahmed bin Jassim bin Mohammed Al Thani signed the agreement in Tehran with Iran’s Minister of Industries, Mining and Trade Mohammad Shariatmadari. Under the agreement, Iran will be the transit country between Turkey and Qatar. The deal is expected to help accelerate commodity delivery and facilitate trilateral trade.

“Iran is playing an important role in the transport of goods from Turkey and Azerbaijan to Qatar,” the Qatari minister said in a bilateral meeting with Shariatmadari.