Islamic Finance As A Startup Requiring (Self) Disruption 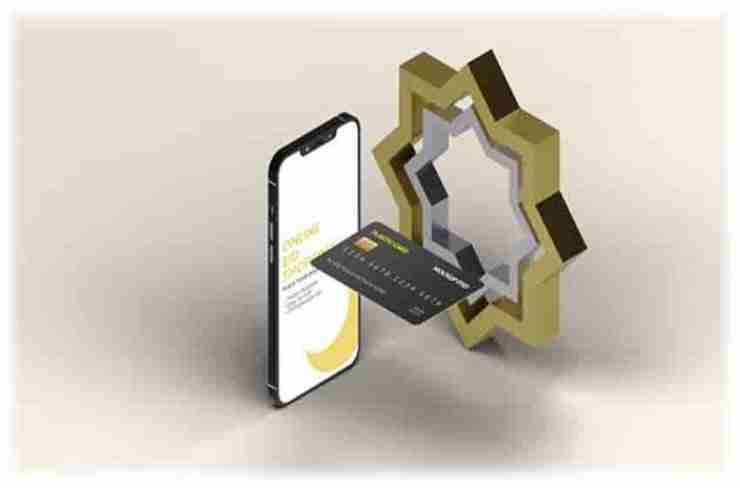 Over the next 10 years, I expect many more industries to be disrupted by software, with new world-beating Silicon Valley companies doing the disruption in more cases than not.’ Marc Andreessen, Billionaire VC.

At the 13th Kuala Lumpur Islamic Finance, KLIFF, I was asked by the moderator, Dato Mohd Daud Bakar, Chairman of Amanie Advisors, how do we grow Islamic finance to the next level?

Implicit in the question is a consensus by insiders that Islamic finance has hit its glass ceiling, including innovation. I come from the Islamic finance space and now, last three years, from the Startup space, hence, we need to view it from a different optic. To take Islamic finance to the next level requires viewing it as a Startup, and ask, ‘woulda venture capital fund in, say, Silicon Valley invest.’

I look at Islamic finance in the context of a Startup in the digital/sharing economy. To scale it to the next level, from $2 Trillion to $5 Trillion within the next five years, we need to look at the five elements typically linked to the success of a Startup.

Q1. What pain points in Islamic Finance attempting to address to escape the gravitation pull of the status quo?

-Islamic finance is deeply linked to oil/commodity prices, hence, it is as volatile as the price per barrel of oil. When oil is $80/barrel, surpluses exist, infrastructure projects are many, banks are lending to SMEs, and non-Muslim countries want part of the petro-liquidity. Conversely, when the price bandwidth is $35-50/barrel, there is a lot of pain for governments, SMEs, banks, and consumerism.

-Islamic finance is ‘seasonal,’ meaning during the summer months in the GCC there are fewer offerings, developments, etc. Furthermore, during the month of Ramadan, Islamic finance, rightly or wrongly, uses many ‘Ramadan’ offerings.

-Islamic finance is still dependent on Murabaha, estimated at 70-80%, for liquidity management/treasury, asset class investing, etc. It is estimated by a prominent Malaysian Islamic Banker, that there is huge leakage, estimated to be tens of billions of dollars, in Islamic banking because of Murabaha.

Furthermore, one of the questions often asked by some Muslims is, ‘why do I have to purchase metals to finance my (Islamic) mortgage?’

-Islamic finance continues to show bias towards traditional real estate, and it works well when prices are appreciating, but concentration risks are exposed during (extended) down-cycle. Thus, bank provisioning and NPLs become commonplace when real estate (also linked to oil in GCC) is down.

-The existing branding of Islamic finance can be viewed through three lenses:

+Narrative: the prohibition against interest, speculation, and uncertainty. Concurrently, the narrative for halal is about the slaughter.

+Image: To some/many Muslims Islamic finance is (1) not Islamic enough as (2) changing terminology from ‘interest’ to ‘profit,’ hence, (3) authenticity deficit. For some/many non-Muslims, it’s about (1) financing terrorism, (2) linked to barbaric acts like cutting off-hand, and (3) back-door Shariah creep into the financial system that expands into other sectors and way of life.

+Value: To some/many Muslims, it’s about (1) product pushing that is signed off by (2) fee hungry banks with the blessings of (3) fee hungry Shariah scholars sitting on (4) more Shariah Boards than businessmen sitting on Boards of Directors of companies.

-Islamic finance is collateral-based finance, hence, only for the bankable, Middle-Class, and HNWs, and corporates. There is very little funding available for young people, entrepreneurs, women, and the ‘S’ in SMEs, hence, not inclusionary.

-STARE: issues continue on Standardization (the industry has been talking about it since I entered 20 years ago), Tax (where applicable), accounting (align AAOIFI to IFRS/GAAP), Regulations (Islamic needs a separate set of rules?), Education (too many institutions, on-line and off-line offering courses/diplomas, certificates (at not ‘cheap’ prices) and not enough qualified positions available for graduates).

-Emphasis on negative screen for investing in publicly listed companies; deployment of Takaful premiums; minimal reference to stewardship responsibilities as many Islamic banks are not a (yet) signatory to climate, equator, or carbon principles, which are important in infrastructure financing.

Q2: Islamic banking, like conventional, business model is about financial intermediation, but it must offer more, what is that more?

Islamic banking/finance must pivot to provide capital to the verticals of the Muslim Lifestyle Marketplace, which are also part of the real economy: halal food, cosmetics, pharma/wellness, modest fashion, Muslim friendly travel, logistics, etc. This is the convergence, compliant capital meets compliant opportunity, I had mentioned in 2011/12. Furthermore, young men/women and entrepreneurs in many of the Muslim countries, where Islamic finance has a presence, are looking at FinTech, IoT, Blockchain, 3D printing, etc., yet, sadly, Islamic finance does not have them on their radar screen, but neither do the conventional banks.

In a start-up, the business model, at inception, typically evolves because of customer feedback, competition, funding, etc., within 12 months. Some of the feedback on Islamic banking/finance is mentioned above, hence, the model must dynamically evolve without compromising the Islamic values of equity, inclusion, fairness, justice, etc.

As one must pivot to survive, especially if the entry barriers are low, Islamic banks need to pivot for inclusion, as the existing base of customers, maybe 70M in the population of 2B, cannot be expected to fuel tomorrow’s growth.

Q3: Does Islamic finance have a ‘team,’ a vitally important component for startups?

Islamic finance has a ‘team of stakeholders’ including Islamic banks, Takaful, leasing companies, private equity, asset management, liquidity management firms, scholars, regulators, industry bodies, educational institutions, etc., all serving the needs of customers in a compliant manner. Ironically, one of the pressing issues in Islamic finance is the quality of customer service.

Does cooperation, coordination, communication, and collaborations exist amongst the stakeholders? For example, do industry body events have all the industry bodies together for discussions: AAOIFI, IFSB, IIFM, CBAFI, IIRA, etc. Another example, how many Islamic banks and scholars from, say, Sudan or Iran are invited to speak events in GCC and SE Asia?

[May be attributed to different levels of economic/capital market development, regulatory environment, Islamic schools of thought, awareness about Islamic finance by the populace, political will, etc. Furthermore, there may be/are fears by some of the Muslim countries (like some non-Muslim countries) that Islamic finance is the backdoor to extremist ideology, was/is prevalent in Egypt, Libya, etc.]

A team with chemistry agrees to disagree, executes (business model) efficiently, and pivots when/where required. Islamic finance needs to have a team of stakeholders, leave ego at the door, and have meaningful discussions on the road ahead, establish a blueprint, execute, refine, execute…

Q4. Does Islamic Finance have funding to grow to the next level?

Funding, from seed to angel to alphabet series VC, is the fuel for startups, but today, Islamic finance’s fuel is volatile as linked to the price of oil. We have seen Singapore, Hong Kong, France, and other non-Muslim countries wanting to plant the flag of Islamic finance hub about 10 years ago to tap the petro-liquidity, where are they now?

Today, Islamic banks’ paid-up capital is about the size of a small equity fund with $100M assets under management (AUM). In Islamic finance, we have ‘too small to fail’ risk, because of the potential run on deposit if one failed. Islamic lender of last resort is for discussions for another day.

For banks, size matters to get to the syndicate table and lead it at times, achieve economies of scale, etc. Over the years there has been talking about a mega Islamic bank, via consolidation or newly licensed, of $1B paid-up capital, but it’s been just that.

A unicorn status, billion-dollar valuation from the world of startups, is needed for an Islamic Bank ($1B paid-up capital), and consolidation may get us there faster with greater safety. Malaysia, with a history in Islamic finance since 1983, presents the ideal situation for a mega Islamic bank via consolidation.

The size will allow the space to scale faster by doing bigger deals, by inclusion, and allow for fin-tech innovation (by incubation).

Furthermore, the leakage that takes place in Islamic, be it Murabaha or Retakaful (premium) can be better plugged with size. Finally, size will allow Islamic banks to bring in-house what has been traditionally out-sourced, like asset management (obviously under different incorporation), and offer passive investment vehicles.

The sooner Islamic finance phases out linkage to oil, then it will better control its funding and its destiny.

Q5: Startup timing is vitally important in bringing product/service to market for traction and scale, is Islamic finance timing on time?

There are two issues here: (1) Islamic finance must self-disrupt to address its pain-points (mentioned above) and move forward to achieve scale with its liquidity, and (2) it must provide an offering that addresses gaps and deficits linked to ethical consumerism, sustainability, responsible investing, stewardship, etc.

Islamic finance positioned itself as a solution for the credit/financial crisis, yet, it was collaterally impacted by it, hence, it was too early. As a $2 trillion industry, in the context of one percent of global banking assets, Islamic finance is viewed as keeping in view, KIV, so it must move at a pace linked to its size and impact.

But, today, Islamic finance needs to show the humane treatment of legitimate defaulters/those in trouble, as that will cross-sell Islamic finance to non-Muslims espousing ethics/humanity in capitalism.

The timing to show human nature in Islamic finance is now, as ethics travel faster, deeper, and has more traction than casino capitalism.

This will scale Islamic finance to its intended purpose: for Man Kind.

Islamic presents a compelling ‘potential’ because of 4D: demographics, demand, diversification, and dollars, but must address the five elements to become 5% of global banking in the next 5 years.

‘The key is to embrace disruption and change early. Don’t react to it decades later. You can’t fight innovation.’ [Robin Sharma].