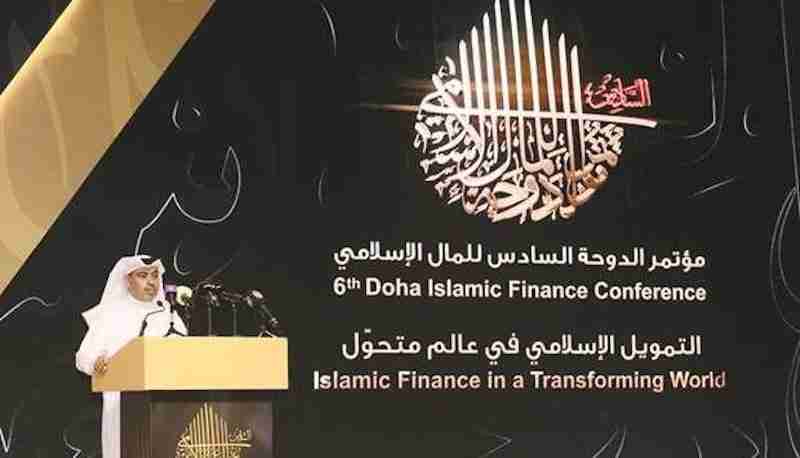 Doha, Qatar: H E Ali bin Ahmed Al Kuwari, Minister of Commerce and Industry, has stated that Qatar will take advantage of all available opportunities within promising industries, including the vibrant Islamic finance industry, in its ongoing efforts to diversify the local economy.

Delivering an opening speech at the 6th edition of the Doha Islamic Finance Conference in Doha yesterday, the Minister noted Islamic Finance forms one of the core pillars of the Qatari economy. “The financial sector in general and Islamic finance, in particular, remains one of the main pillars of the national economy, as we are still witnessing key measures being taken by our financial institutions such as the Qatar Financial Center inline with our firm commitment to enhance the economic superiority of the State and consolidate its position as a major destination in Islamic finance,” he said.

The Minister said the Islamic finance sector in Qatar is currently witnessing an unprecedented state of recovery and prosperity. Citing the recently released annual Islamic Finance Report issued by the Qatar Financial Centre, he noted the country’s Islamic finance assets grew at a CAGR of 8 percent since 2015 to $129bn in H1 2019, constituting 33 percent of Qatar’s total financial system assets.

Islamic banks in the State of Qatar are actively continuing their work to take advantage of this technology to develop and expand their activities and enhance their capabilities to compete in global financial markets and improve their mechanisms for cross-border transactions, in addition to developing money market products and Sukuk and support in financing infrastructure projects, especially as the State of Qatar understands the importance of financial technology as a strategic tool capable of changing equations and transforming power centers in global financial markets in favor of Islamic finance.

The Minister hoped that the latest edition of the Doha Islamic Finance Conference will delve deeper into discussing the importance and impact of integrating financial technology in the Islamic finance space and that the discussions that the conference will witness will support the formation of a road map for the future.

Addressing the event, the Managing Director of Arwa Bank, Sheikh Mohammed bin Hamad bin Jassim Al-Thani noted the opening of the 6th Doha Islamic Finance Conference comes at a time when the Islamic finance industry is witnessing an important transformation.