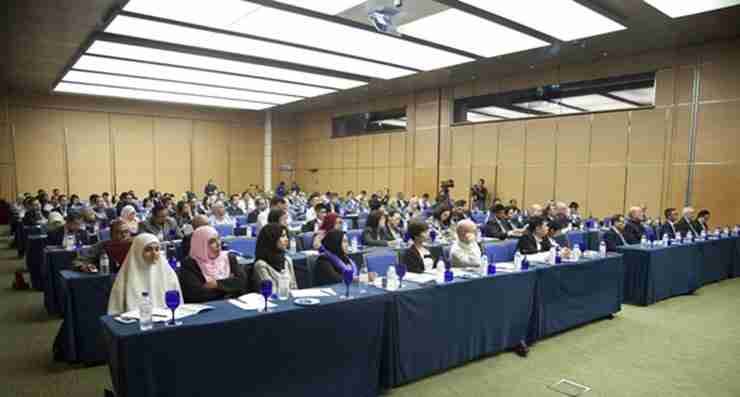 Kuala Lumpur: The Securities Commission Malaysia (SC) plans to launch the Islamic Fund and Wealth Management Blueprint by July to strengthen Malaysia’s competitive position in the global Islamic financial sector.
“We have identified Islamic wealth management as a new growth area which, apart from leveraging on Malaysia’s existing infrastructure and capabilities in Islamic finance, is also a logical expansion for our well-developed Islamic fund management industry,” said SC chairman Datuk Seri Ranjit Ajit Singh in an exclusive interview with the New Straits Times Press.
Ranjit, who was previously SC’s managing director, said the SC was in the final stages of formulating the blueprint, which would be launched by the first half of the year, and the action plan rolled out over five years.
First announced by Prime Minister Datuk Seri Najib Razak at Invest Malaysia in April last year, the action plan aims to chart the medium- and long-term strategic direction for the industry as well as map out strategies to strengthen the country’s Islamic capital market.
Ranjit, who has over 20 years of experience in the field of finance and securities regulation, said Malaysia’s Islamic capital market more than tripled in size between 2005 and 2015, with a compound annual growth rate of 11.7 percent. The market size reached RM1.7 trillion by end of last year, representing 60 percent of the local capital market.
“We are the global leader in the Sukuk market with 54.3 percent of the global Sukuk outstanding. Malaysia also tops the global list with the most number of Islamic funds by domicile.
“With Islamic finance rapidly gaining traction in Muslim-majority nations and international financial centers, it’s crucial to continue to identify new growth areas to consolidate Malaysia’s leadership in an increasingly competitive market,” added Ranjit, who is also vice-chairman of the governing board of the International Organisation of Securities Commissions, the global body of capital market regulators.
He said the Sustainable and Responsible Investment (SRI) Sukuk framework introduced by the SC in 2014 aimed to attract stakeholders that seek sustainable and responsible financing and investments by capitalizing on the significant similarities in the principles underlying both Islamic finance and SRI.
“Market response was encouraging with Khazanah Nasional Bhd launching the world’s first ringgit-denominated SRI Sukuk last year,” said Ranjit, who holds a Bachelor of Economics (Honours) degree and a Master’s of Economics in Finance from Monash University, Melbourne.
Another area of the capital market that the SC hoped to grow further in was the derivatives segment, where crude palm oil futures contracts were the most successful thus far, he said.

“Malaysia introduced the derivatives market in the early 1980s, and some of the new exchanges came on board in the 1990s as well. We were ahead of many other countries. “The Malaysian Futures Broking Association and market players are all keen to see more growth in this area. We are going to take a much more accelerated effort and see what can be done working with Bursa Derivatives. There are a lot of products out there but we need to see what has been preventing them from achieving scale and growth,” said Ranjit, a financial economist, accountant, and also a fellow of CPA Australia.