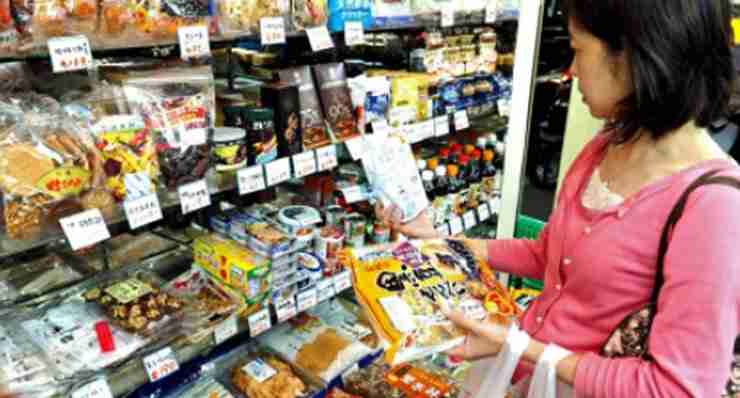 Jakarta (ANTARA News) – Japan, the third-largest foreign investor country in Indonesia, is showing interest in expanding their businesses in the food sector after seeing progressive developments of the Japanese society in Indonesia.

“I have received reports that several Japanese food companies are contemplating entering Indonesia after observing the spurt in the number of Japanese restaurants and grocery stores in the country. This means that they already have market segments to sell their products in Indonesia,” Franky Sibarani, the head of the Capital Investment Coordinating Board (BKPM), noted in a press statement in Jakarta Wednesday (March 9).

There were 1,199 students enrolled in Japanese schools in Jakarta in 2014. The institution also recorded that at the national level, 16 thousand Japanese expatriates were living in Indonesia of which 10 thousand were in Jakarta, according to data at the representative office of the Japan External Trade Organization (Jetro).

“Data on Japanese expatriates in Jakarta is the main factor that has led to new investment interest in Indonesia,” he claimed.

Companies from Japan were so far mostly doing business in the electronics, automotive, and components sectors, in addition to garment products, Saribua Siahaan, the BKPM representative for investment promotion (IIPC) stated in Tokyo.

However, the target of food consumers in Indonesia is of course not only Japanese citizens but also local people as Indonesia has a population of about 250 million. Indonesian people also like Japanese food.

Yet, most of the Indonesian population, or about 85 to 90 percent, are Muslims who are restricted to only halal (edible based on the Islamic law) food.

Therefore, a Japanese noodle firm in Hyogo Prefecture has expressed readiness to meet administrative requirements such as halal certification for its food products to be sold to Indonesian consumers.

The Japanese company notified the representative office in Tokyo of the BKPM on its readiness to meet the halal certification for its noodle products.

The food and beverage industry of Indonesia is regarded as a lucrative investment opportunity, according to the Japan International Cooperation Agency (JICA), as quoted by Indonesia Investment online media in June 2014.

Therefore, a total of 20 Japanese food and beverage industries were interested in making foreign direct investments worth between US$400 million and US$1.0 billion.

These twenty Japanese companies are not only interested in conducting business in Indonesia because of the country’s large population (approximately 250 million people) and rapidly expanding middle, but also because the supply of raw materials for the food production process is available in Indonesia.

The companies are focused on Indonesia’s most populous island of Java because infrastructure is most developed here, thus resulting in relatively low logistics costs, JICAs research also indicated.

Regarding the interest of the noodle company in Hyogo Prefecture, BKPM Head Franky Sibarani affirmed that the Hyogo Prefecture was included in the areas covered by the Indonesian Consulate General in Osaka. The prefecture often conducted promotional activities in cooperation with the Tokyo office of the BKPM.

Franky lauded the interest shown by the Japanese noodle firm to invest in Indonesia. It was an interesting development as, so far, Japanese companies making investments in Indonesia were mostly doing business in the automotive and component industries, he remarked.

“This indicates that the interest of Japanese companies to invest in Indonesia is increasingly varying,” the BKPM chief pointed out.

The Japanese noodle firm’s intention to expand its business in Indonesia is an example of how Japan has begun to vary its investment in the country, according to BKPM representative Saribua Siahaan in Tokyo.

“Other fields of business that have attracted Japanese investors include semiconductor production and electrical appliances. The IIPC is ready to help the Japanese investor who came from Hyogo Prefecture,” Saribua remarked.

The Japanese investors have begun showing interest in investing in the food sector in Indonesia also after seeing the implementation of the ASEAN Economic Community (AEC).

“The Japanese investors view this as an opportunity since over 40 percent of the ASEAN population resides in Indonesia,” Saribua noted.

The BKPM has set a target to attract US$13 billion in investment commitments from Japan in 2016. The commitment target was expected to come from the number of principle licenses issued for Japan in Indonesia, Franky told a seminar on investing in Indonesia’s industrial sector.

Based on the BKPM data, the realization of Japanese investment in Indonesia in 2015 increased by six percent compared to that in 2014.

The manufacturing sector, particularly the automotive, electronics, machinery, and chemical, in addition to the pharmacy sectors, constituted the main contributors to the Japanese investment in Indonesia.

The countries topping the list of foreign investors above Japan were China, with US$22.2 billion, up 42 percent compared to the same period in the previous year, and Singapore, with investment increasing by 69 percent to US$16.3 billion.

Following Japan was South Korea, which recorded an increased investment of 86 percent that reached US$4.8 billion. (*)