Madrid To Hold The First Halal Exhibition In Spain 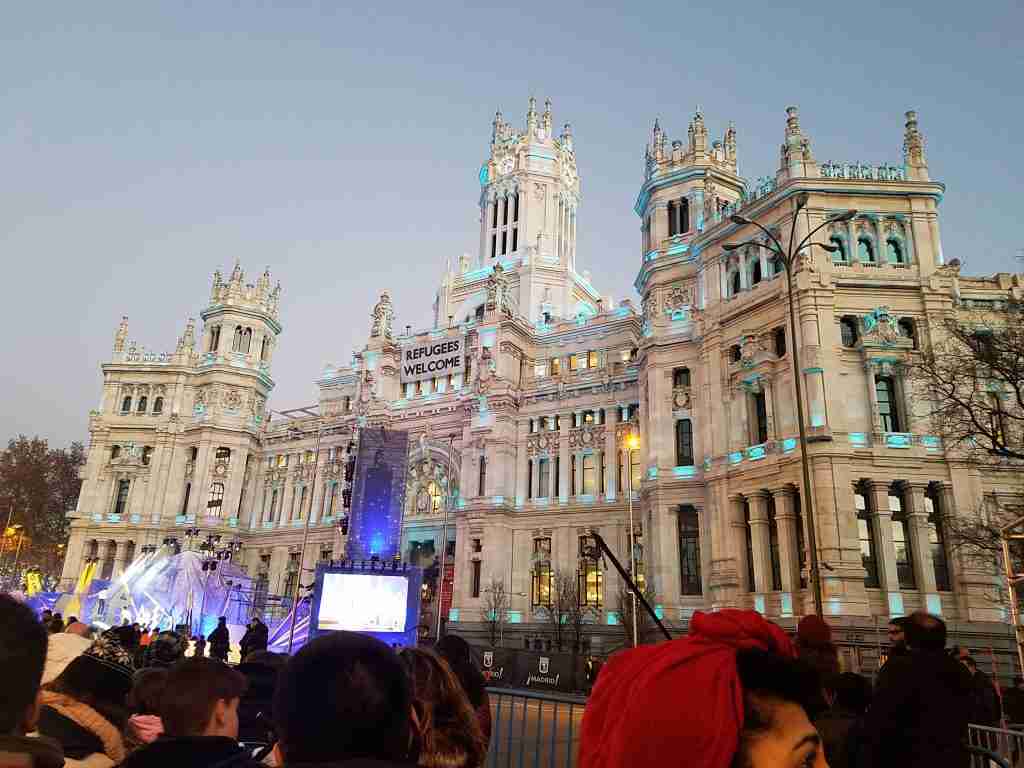 MADRID-. EXPO HALL SPAIN 2015 plans to hold the first-ever halal Expo in Spain in October this year, said on Wednesday the organizers of the first Halal exhibition to be held in Spain.

Currently, more than three hundred Spanish companies are Halal certified. The majority of them belong to the food industry, with products as diverse as soups, frozen potato omelets, non-alcoholic sparkling juices, or candies, being the meat industry the most consolidated in the Spanish Halal sector.

Anwar El Mezwaghi, CEO of Ambar Connect and the exhibition organizer, was accompanied during EXPOHALAL SPAIN 2015 official presentation by the General Director of Trade of the Community of Madrid (Government of Madrid), Mr. Luis Ángel Martín Martín, the General Director of the public consortium to improve Spain’s relations with the Arabic world (Casa Árabe), Mr. Eduardo López Busquets, and the President of the Spanish Islam Authority (Junta Islámica) and CEO of Instituto Halal (Spanish Halal Institute), Mrs. Isabel Romero.

“Spain has a great cultural, social and economic potential. It also has excellent diplomatic relations with Arab countries, who choose us as a destination for the development of economic activities” explained Anwar El Mezwaghi. A great potential not exploited in off, according to the CEO of Ambar Connect. “The goal of EXPOHALAL SPAIN is to aware Middle East markets of the opportunities offered by Spain,” he added.

The General Director of Trade of the Community of Madrid, Luis Ángel Martín Martín, thanked the initiative and stressed that “our region, infrastructure, trade, cultural and leisure activities, in addition to its accommodation and restoration, has established Madrid Community as an important center for business tourism, and one of the principal European exhibition destinations”.

EXPO HALL SPAIN 2015 will turn Madrid into the European epicenter of the Halal industry during two days, October 21 and 22, gathering professionals of Spanish and international industry. The appointment, the first Halal fair of Spain and one of the few in Europe will cover food, tourism, and cosmetics sectors among others. The exhibitors, mostly Spanish and from the Mediterranean area, will have access to foreign delegations and buyers from the MENA region, and also from European countries with important Muslim communities, like France, United Kingdom, or Belgium. With special interest to show Mediterranean products to Malaysian and Indonesian consumers.

“The fair also tries to highlight Spanish tourism. As a receiver country and given the quality of its services, the Spanish sector can access this visitor profile adapting to basic needs, “said Carolina de Funes, director of Ambar Connect.

In recent years, this sector has shown a growing interest to attend to the needs of Muslim visitors, through specialized agencies, hotels, and restaurants with Halal menus. Even luxury firms and Spanish fashion establishments are looking for personal shoppers specialized in this public.

“Spain can be a key agent in international Halal markets. We have a unique opportunity to position ourselves as a point of meeting of the Halal industry, “said project manager Maria Salvador, who explained that the fair will be accompanied by a conferences program on the latest debates related to the Halal sector.

“2015 will be the Spanish Halal year, with the celebration next week in Cordoba of the I International Halal Congress of Spain, ” Halal, A Global Concept “, and the exhibition at the end of October in Madrid,,” said Isabel Romero, CEO of Instituto Halal (Spanish Halal Institute) and president of the Spanish Islam Authority (Junta Islámica).

The term Halal refers to the practices, services,, and healthy products allowed to Muslims. Although traditionally it is associated with food, it actually spreads to many sectors, as tourism or Islamic Banking and Finance.

Casa Árabe opened its doors to representatives of the embassies of Morocco, Malaysia, Oman, United Arab Emirates,,, and Egypt. Between the guests were, among others, the Ambassador of Gambia, Mr. Don Lang Yabou, the General Director of Tourism of Madrid Destino (Madrid City Council), Mrs. Mar de Miguel, representatives of ICEX (Spanish official export entity), IFEMA, and professionals of the Halal sector.