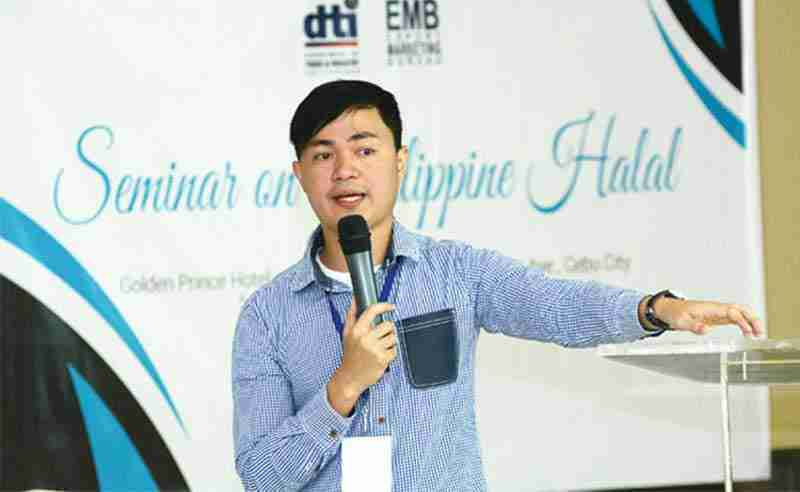 FOOD and non-food producers in Cebu are encouraged to secure Halal certification to access the deep pockets of the Muslim market. Albino Ganchero, head of the Halal section of the Department of Trade and Industry (DTI), yesterday said that getting Halal-certified will enable exporters to take advantage of the lucrative $3.2-billion global Halal market. Halal is an Islamic value and has a direct impact on how products are produced, processed, distributed, stored, sold, and consumed.

A Halal-certified product means it is compliant with Sharia law. The industry spans sectors such as food processing, food service, cosmetics, personal care, pharmaceuticals, and logistics. Other related industries include travel and hospitality services. Raison Arobinto of DTI’s Export Marketing Bureau-Halal Section said it is important for food and non-food producers to understand Muslims’ preference for Halal-certified products because of their deep reverence for Islam.

“It is really a no-no for Muslims to eat non-halal food,” said Aurobindo. “If we violate such, it would compromise our personal commitment with Allah. Our prayers won’t be accepted for 40 days,” he said, adding that Muslims pray five times a day. Food certified as Halal is those free of and made of, or containing any part or substance taken or extracted from an animal which is forbidden, according to Islamic laws.

Some examples of forbidden food in Islam are those with animal origins like pigs and boars, dogs, snakes and monkeys; carnivorous animals with claws and fangs; birds of prey with claws; pests; and animals forbidden to be killed in Islam like ants, bees and woodpeckers. Also included are animals that are considered repulsive; animals that live both on land and in water; mules and domestic monkeys; all poisonous and hazardous aquatic animals; blood; and any other animal not slaughtered according to the Islamic law.

Also forbidden are alcoholic drinks and intoxicating and hazardous plants, except those which toxins or hazards can be eliminated during processing. Ranchero admitted getting Halal-certified is a bit complex. But if a product gets certified, it could enjoy limitless market opportunities, as 30 percent of the world’s population is Muslim or two billion out of the seven billion global consumers. The Muslim population in the Philippines accounts for 10 percent or 10 million.

Halal food isn’t only consumed by Muslims but also by non-Muslim consumers because it has become synonymous with the highest standards of food safety. “Exporters of both food and non-food should look at this market as a bigger picture. ASEAN market alone is already a bigger market to explore. We need to cash in on these opportunities,” said DTI Cebu Director Ma. Elena Arbon. At present, the country has five Halal certifying bodies, three of which are located in Manila while the other two are based in General Santos City and Cotabato City. Trade volume for Halal food and lifestyle in 2015 was valued at $1.9 trillion.

Unveiling The Hijab: A Socio-Historical Overview
Next Post:Mortgage out of Necessity ? by Karim AbuZaid