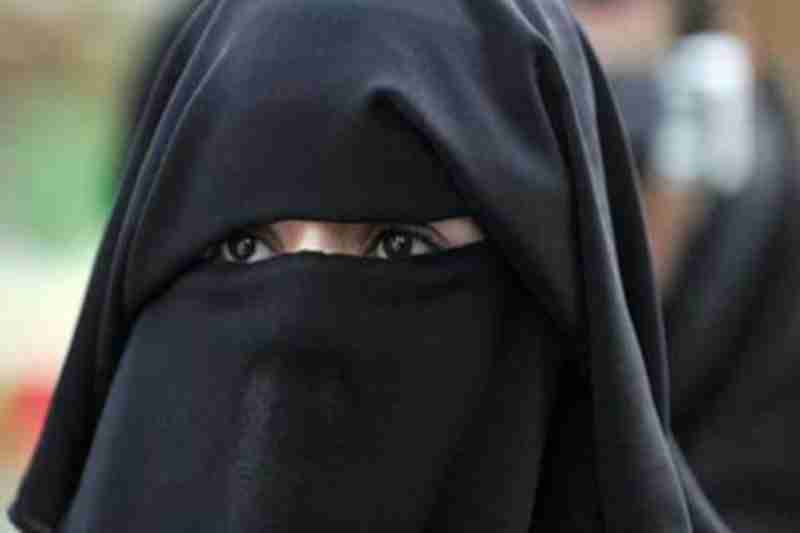 Unveiling The Hijab: A Socio-Historical Overview

Hijab has been a topic of much debate and political controversy both within and outside the Muslim world. In Islamic countries where a Shariah (Islamic) Law is enforced, women are required to follow a strict dress code. There are also many countries where millions of Muslims live and women are not obliged to follow the Shariah dictates, yet many of them are forced into a strict dress code owing to social compulsions and are often castigated for challenging the norm. Many women, however, do tend to wear a certain type of outfit as a matter of personal choice, believing that they are mandated or required to do so by the holy Qur’an and that they might go to hell if they show their hair or their body to a stranger (nāmahram).

Critics argue that hijab, interpreted as a dress code, is a symbol of oppression. Some western countries have even imposed a ban on extreme forms of hijab such as face-veil. Advocates of hijab, on the other hand, often claim that it is a matter of personal choice. An overarching fact, however, is that many people believe that it is mandatory for a Muslim woman to wear a piece of cloth over her head and cover her body in a certain way. Consequently, many Muslim women are forced to wear hijab against their will because of the legal repercussions in countries where hijab is enforced by law, or because of the constant pestering by family or by the self-appointed moral police in the society. On the other hand, many Muslim women wear hijab as a statement to assert a separate identity, as a fashion statement or style, or simply accepting the norm under peer pressure. In a recent trend, many young Muslim women in western societies have resorted to donning headscarves over sexy western outfits as a political statement against incidents of racism and Islamophobia which have been on a rise in some of these countries.

Many people erroneously associate the wearing or not wearing of hijab with the oppression or emancipation of women respectively. But not wearing hijab does not automatically entail women’s emancipation. As far as women’s rights are concerned, sexual objectification of women is no better than the obsessive urge to protect women into invisibility. Gender-based discrimination is not limited to clothing; it is expressed in a number of different ways. There are educated hijab-wearing Muslim women who are able to integrate seamlessly in different cultures, work in public spaces in mixed gatherings, and take no gender-driven nonsense. And there are hijab-less women — Muslim and non-Muslim — who are victims of gender-discrimination, domestic violence and constant abuse at the hands of their male partners, yet they do not have the courage to stand up for their rights regardless of where they live. Therefore, it is important to distinguish between cultural practices and the tenets of Islam, which are not strictly defined and may overlap. Often the distinction between them is lost when we are faced with a world of ignorance and misinformation.

Historically, a headgear – whether a scarf, a turban, a cap, a hat or a bonnet – was simply a protection against extreme temperatures, viz., heat, cold, or other climate changes. It was and continues to be used by both men and women across cultures for the purpose. In many cultures, however, use of headgear also evolved as a matter of prestige and became symbolic of one’s identity. In many cultures, head was the most important and sacred part of the body and, therefore, a special gear was to cover or adorn it. Headgear became a mark of one’s social class and identity, an indication of a special or privileged social background. Thus, in many societies men and women of higher social status would, partly or completely, cover their head in public. Other people would follow suit in their quest for upper social mobility. This trend is still in practice in many societies where a certain type of headgear is symbolic of one’s social status. Often adorned with decorative trinkets, a headgear in such a situation has little to do with the concept of morality and more with superiority. Pulling a person’s headgear off could be the most disdainful and disrespectful of an act one could commit against someone they hated.

The concept of a face veil, such as a naqab or ghoonghat in South Asia, as also observed in the conservative western societies of the yore where women would draw a net under a hat over the face, could be viewed as a special extension of the headgear. Women of higher social status were concealed in closed door cabins while being carried over from place to place by men of lower social status. In a religious context, it could be explained as an extreme form of protection of morality where a woman must completely conceal herself lest she should attract attention in a sexual way. In a socio-cultural context, such a covering could be perceived as an extreme form of protection of the sacredness of a woman of higher social status where the rest of the world is barred from even looking at her. Thus, whereas man is some sort of a powerless character absolved of being in charge of his own chastity, a woman is entitled with an extraordinary power to seduce or corrupt a man, and must, therefore, be disempowered.

Thus, hijab becomes a symbol of oppression when it is associated with morality, when a woman’s character is evaluated by the society on the basis of whether or not she covers her head with a piece of cloth and puts layers and layers of fabric over her body. It becomes a symbol of cruelty against women when they are punished – physically, socially or psychologically – should they violate the practice of observing hijab. In the most bizarre cases, some people will argue that the hijab “protects women against lustful men” – a claim that is not supported by any empirical evidence. Many Muslims, especially the menfolk, will argue that the Qur’an makes hijab mandatory for women. Little girls are tortured into believing that their body will be “covered with snakes” in the hereafter and they “will burn in hell fire” if they do not cover their body and hair completely. Such radical positions are based on ignorance and misinterpretation of certain verses of the Qur’an which need to be revisited and reinterpreted.