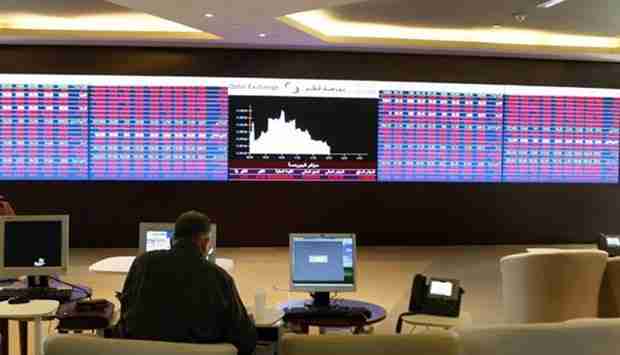 The Qatar Stock Exchange opened the week on a marginally stronger note despite strong buying in the real estate counter.

Although foreign institutions were seen increasingly bullish, the 20-stock Qatar Index could gain only 0.07% to 8,137.57points.

Islamic equities were seen declining in an otherwise bullish bourse, whose year-to-date losses stood at 22.03%.

Gulf individuals turned slightly bullish in the market, whose capitalisation rose 0.12% to QR444.27bn.

The initial half of the trading session saw consistent profit-booking to take the index to a low of near 8,000 points. Sustained buying drove the index up for the remainder of the session but to overall settle six points higher.

Trade turnover and volumes were on the increase in the bourse, where the banking, industrials and telecom sectors together accounted for about 74% of the total volume.

GCC funds turned net sellers to the extent of QR6.59mn against net buyers of QR1.81mn on October 4.

Domestic institutions were also net sellers to the tune of QR6.33mn compared with net buyers of QR23.05mn last Thursday.

The consumer goods sector’s trade volume more than tripled to 0.34mn equities and value more than doubled to QR10.47mn on a 21% increase in transactions to 168.

The industrials sector’s trade volume almost tripled to 1.75mn stocks and value more than doubled to QR33.82mn on a 22% jump in deals to 553.

In the debt market, there was no trading of treasury bills and government bonds.