Turkey For Tighter Lockdown To Save Tourism Season 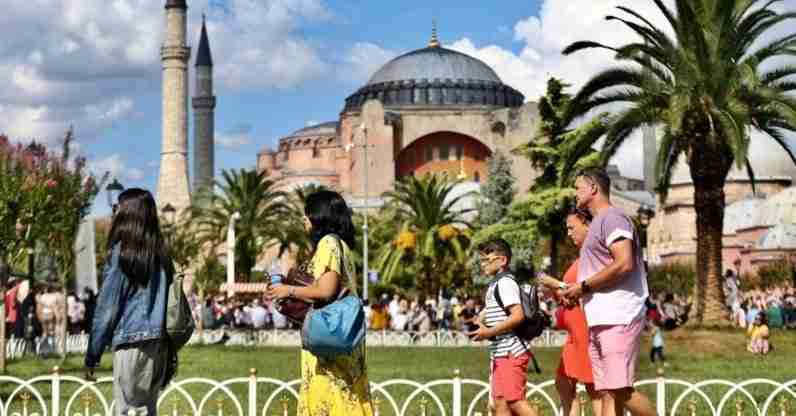 After the last cabinet meeting two weeks ago, as coronavirus cases surged, Erdogan reined in social activities and travel.

But government officials said the fall was not enough and ministers would look into imposing new measures to last through a May 13-15 holiday at the end of the Muslim fasting month of Ramadan, in a way that does not hit economic production.

“Cases…have been falling for a few days but this is not enough. A full shutdown will be on the cabinet’s agenda and this option should be implemented,” one official told Reuters, requesting anonymity.

The measures, while careful to allow economic production to continue, could close shopping malls and require special permits for intercity travel, the person said. Cafes and restaurants are already shut.

Last Friday, Health Minister Fahrettin Koca said the latest restrictions had shown some results including a 20% fall in cases in Istanbul and fewer hospital patients, though they were still a burden on intensive care units.

He also said measures would be tightened if the targeted fall in cases did not materialize.

Turkey has registered a total of 4.63 million COVID-19 cases, with the death toll standing at 38,358. It is fourth globally in daily virus cases and first on a per-capita basis among major nations, while deaths peaked at 362 last week.

Both tallies have shot up since Erdogan launched a period of “controlled normalization” in early March.

In what it said was a response, Russia this month restricted flights to and from Turkey until June 1. Ankara said the move could cut tourist numbers by some 500,000.

A drop by two-thirds in tourism revenues last year ballooned Turkey’s current account deficit, putting pressure on its depleted FX reserves and sending the lira to a record low in November.

“Tourism is of critical importance for foreign exchange inflows,” the first official said. “So as not to miss out totally on the tourism season, these measures must be implemented strictly.”

The lira has fallen the last six straight trading days to near its low watermark over concerns about tense U.S. ties, and also policy under a new central bank chief.

“If it’s the solution, we have to put up with a full shutdown. But this must be done without harming the production side,” a second official told Reuters.

Malaysia To Strengthen Its Footprint Into New Zealand Halal Market
Next Post:Immense Opportunity To Develop Islamic Banking Talents As The Industry Grows In Malaysia