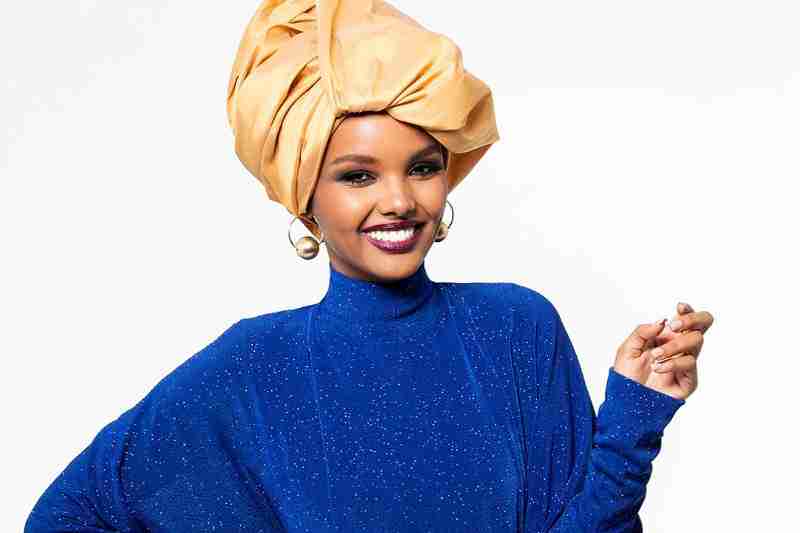 In a surprise turn of events, Halima Aden, a famous US-Somali model returns to the fashion industry. Nearly a year ago, she had decided to quit the fashion world due to religious reasons.

Writing to her 1.3 million Instagram followers, alongside a photo of herself posing with American designer Tommy Hilfiger, she said: “Shooting a super special project with one of my favorite designers @tommyhilfiger.”

The 23-year-old humanitarian, who grew up in a Kenyan refugee camp before fleeing to Minnesota with her family, has a longstanding relationship with the American label and has worked with Tommy Hilfiger on several occasions.

In addition to fronting the campaign for the label’s first-ever hijab, Aden – who made history in 2019 as the first person to wear a hijab and burkini in the pages of Sports Illustrated – returned for the publication’s 2020 issue, wearing a custom Tommy Hilfiger burkini.

Meanwhile, in October, she teamed up with an American fashion house on a limited-edition T-shirt for a good cause. Aden, who made her runway debut at Kanye West’s Yeezy Season 5 show during New York Fashion Week in 2017, used recycled fabrics and leftover material to custom design the garment for Tommy Hilfiger.

The pieces were auctioned via online marketplace Catawiki and all proceeds from the sales were donated to the WWF water stewardship program in China’s Taihu River, the Mekong River basin in Vietnam, and the Buyuk Menderes River basin in Turkey.

Before that, Aden was selected to star in Tommy Hilfiger’s Fall 2020 global campaign alongside a diverse cast of other top models including Dilone, Alton Mason, and Soo Joo Park.

Aden quit modeling in November, writing on Instagram that the coronavirus disease (COVID-19) pandemic had given her time to stop and think about what her values were as a Muslim woman.

She said: “I can only blame myself for caring more about opportunity than what was actually at stake.”

She added that problems came from there being a “lack of Muslim women stylists” within the industry who could understand why wearing a hijab was so important.

She received support online from part-Palestinian model sisters Bella and Gigi Hadid and from Barbadian singer and fashion designer Rihanna, who tapped Aden to star in the first Fenty Beauty video campaign.

Modanisa Sees 70% Increase for Ramadan, Eid 2021 Sales in Britain
Next Post: Impact Of Islamic Social Financing In COVID-19 Era And Beyond?