What Is The Future Of The GCC Economies in The Post-COVID-19 Era? 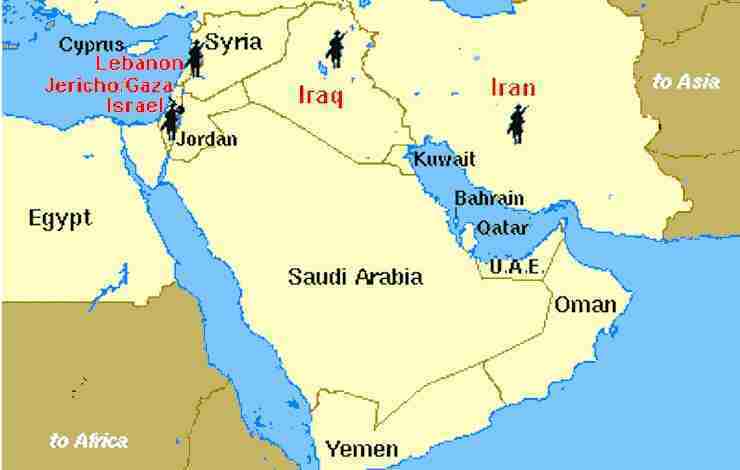 The Middle East has been the most volatile region in the world for the past seven decades since Israel was established in 1948. The past two months have seen two major shocks for the region – the COVID-19 pandemic and the sharp oil price meltdown. There are several other problems as well which have rattled these economies in the not-so-distant past. The governments in the region have to adopt revolutionary economic policies if they want to survive in the post-COVID-19 era.
The sharp drop in oil prices has been sparked by the lockdowns in most of the countries in the world. The oil demand is diminished and it is not expected to rise to pre-COVID-19 levels any time soon as there does not seem to be an end in sight for the deadly coronavirus outbreak at least for the next two years or so.
“I don’t see how the Middle East recovers,” Suzanne Maloney, of the Brookings Institution, a US-based think tank told a reporter from New Yorker. “This will have a catastrophic impact on the region because the combination of COVID-19 and the oil-price collapse hits oil-producing states that have, in turn, been the source of largesse for the rest of the region.”
There have been lockdowns in most of the countries of the region. Saudi Arabia even closed the two holiest mosques in Makkah and Madinah to contain the spread of the pandemic. The country has asked potential haj pilgrims not to finalize their plans for this year’s pilgrimage. If there is no hajj, the country will not get much income -either from selling oil to the world or from offering facilities to pilgrims to Makkah and Madina.
The region is now facing multiple challenges- all at once. And, there does not seem to be any viable solution to get out of the quagmire.
These challenges include the COVId-19 pandemic, oil price slump, political instability due to three ongoing civil wars in Yemen, Libya, and Syria, the collapse of Lebanon’s monetary system, recent protests in Iraq, millions of refugees, and a renewed wave of suicide attacks by the ISIS remnants. All these insurmountable challenges are making the prospects of economic recovery a mirage.

How Are The Governments Handling The Politico-Economic Challenges?

Several governments in the region have become more authoritarian by controlling print and electronic media. Saudia Arabia, the UAE, Egypt, and others have strictly banned any news which contradicts their official statements on COVID-19 and its consequences on their economies including unemployment, etc.

The oil sector in these countries is assessing how much of the slump in demand fueled by coronavirus may become permanent.

According to Bloomberg’s report published on May 11, “Saudi Arabia announced a slew of austerity measures to cope with the impact of the coronavirus pandemic and an oil-price rout, tripling its value-added tax and cutting a cost-of-living allowance for government workers.”

Qatar and the UAE were the first to diversify their economies in the region. However, Saudi Arabia has not been able to do so despite the grand plans announced in the past. These oil-producing countries will be the greatest sufferers in the post-COVID-19 world except those who already foresaw the decline of fossil fuel consumption and put in place shock absorbers by diversifying their economies.

What Should The Governments Do To handle The Economic Challenges?

The hard lessons from the markets around the globe should be clear to the governments in the region. The world is now demanding fossil fuels which are low-carbon energy instead of hydrocarbons like oil. The GCC countries need to rethink their existing economic models.

The above-mentioned measures may be helpful for the GCC economies. However, it remains to be seen whether these countries will be able to take the necessary steps to strengthen their respective economies to handle any future shocks like the COVID-19 pandemic and oil price drop.