Why Modest Fashion Is Both a Movement and an Entrepreneurial Opportunity? 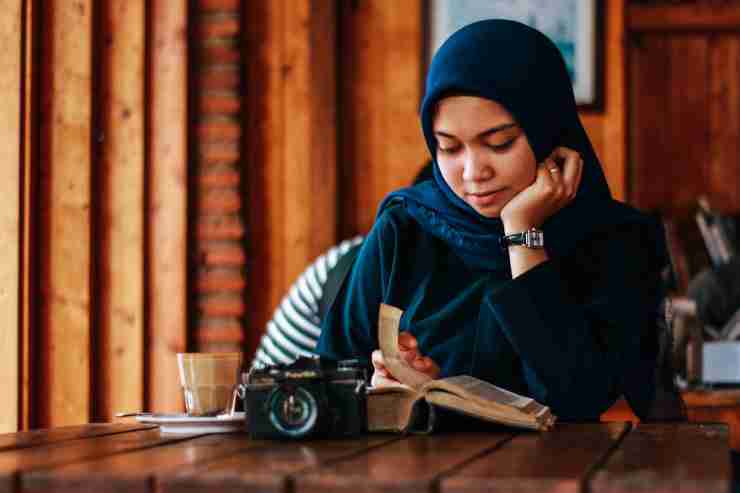 When Annabel John goes shopping with Muslim family members and friends, not everyone has the same retail experience.

“When I go to the High Street, I can usually go into a store and find clothes that I like,” she says. “My sisters and friends who are Muslim don’t have the same luxury; they are having to shop between 6-8 retailers to find suitable attire that can be deemed modest”

The reason is simple. On-trend fashion and the principle of “modesty” – as adhered to by a great many Muslim women – don’t always sit well together. Even in the case of fashion staples – such as the plain white T – the neckline may be too low and the sleeves too high. Thus, finding something suitable in High Street stores may take a lot of shopping around.

Hence the rise of “Modest Fashion.” The term began to find currency around 2017 and 2018 and before the decade was out it had become a recognizable trend. Modesty -as promoted by a number of fashion influencers – became something that was of interest not just to Muslims but to a broader audience of women.

But as Annabel John sees it, mainstream stores – not just in Britain but all around the world – are failing to fully cater for a potentially huge and lucrative market for modest fashion.  According to the Pew Research Institute, the Muslim population is set to grow from a current level of 1.6 billion to 2.8 billion in 2050. As things stand, John says female Muslims are already spending $48 billion a year on modest fashion and that figure can only grow.

Given those numbers, it would be tempting to assume that the ever-nimble fashion industry is already fully addressing this burgeoning demand. Well – up to a point.  In John’s view, high-end buyers are well catered for, mainstream consumers, not so much.

For instance, Modest clothing has already made something of a splash at events such as London fashion week, but that represents just a subset of the market. John recalls researching the market.  “I attended a number of fashion shows. The designers were really coming from a high-end or traditional perspective.  They weren’t catering for fashion-conscious millennials who are seeking everyday affordable modest clothing.

As founder of e-retailer Modestwist.com, John is setting out to address the Generation Z or Millennial audience that would normally shop for affordable clothing in stores like H&M and Zara here in the U.K.. In her experience, this is a market that still sits outside the radar screen of investors and manufacturers.

Having decided to start a modest retail brand, she visited China to discuss manufacturing and found there was very little awareness of the fashion requirements of Muslim women. Even in Turkey – other clothes manufacturing hub –  local designers and manufacturers were focused on their own domestic market and gave little thought to the possibilities of supplying Muslims in Western Europe and beyond.

Equally daunting, John found there was little appetite on the part of investors. Perhaps that’s not surprising. This is a marketplace with quite a lot of nuance. The aforementioned high-end has attracted fashion brands but John says even the emphasis is dressing for occasions and traditional Islamic looks. Everyday fashion – going to uni or work is largely forgotten. For outsiders looking in, the nature of the demand might be considered difficult to pin down.

But John persevered, investing her own money to get the business off the ground. The store was launched in minimum viable product form in 2019.

The launch got the business noticed. Modestwist was named by the Alibaba Entrepreneurs Fund as a top 36 Fashion Startup. It was a breakthrough moment.

“Flying out to the Alibaba Hong Kong event provided me with the opportunity to meet with investors and industry experts who taught me a lot about e-commerce and supply chain management,” she says. That experience helped her attract investment interest

So in September of this year, Modestwist launched as a global business, promoting itself via social channels and influencers, and Pinterest. TikTok has emerged as a particularly important conduit to consumers. John doesn’t quote sales figures but she stresses that 80 percent of the brand’s first Winter Collection sold out within a week.

And the company is finding customers in unexpected places. “Many of our customers are in Paris, the U.S., and  Northern Ireland,” says John.

Modestwist is by no means alone in this market.  Modanisa has created something of a stir with its mix of Islamic styles and modest clothing, and even retail behemoth John Lewis has a “modest” range. “It is,” as John acknowledges, “a movement.”

So how does the business differentiate itself?  Well, the look is modest but not necessarily Islamic. The aim is to attract Millennial and Generation Z customers who want suitable variations on current fashion styles.

Looking forward, John plans to expand her current team of 4 and hire-in new designers. Her plans reflect the confidence that this is still a largely untapped market.