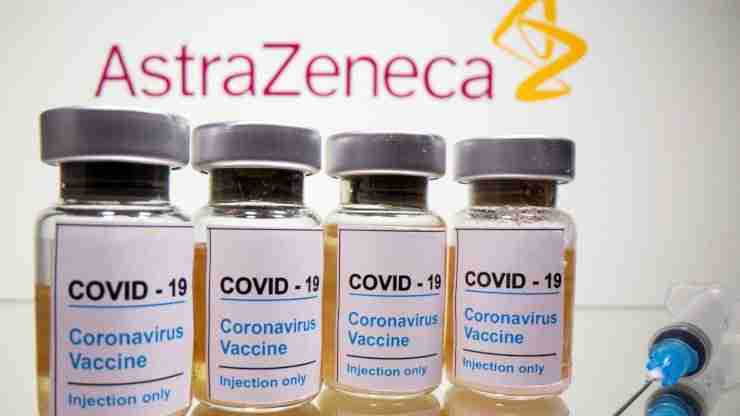 There has been a lot of debate recently on whether AstraZeneca Vaccine for the COVID-19 pandemic is halal or permissible for Muslims. Indonesian Ulema Council, the main religious body that issues halal certifications in the country, recently said the vaccine contained trypsin sourced from the pancreas of a pig. However, AstraZeneca has said the vaccine contains no pork-derived ingredients.

Some Muslim scholars said that, although the AstraZeneca vaccine is haram, Muslims should get it anyway. Muslim scholars in Indonesia issued an edict on AstraZeneca’s COVID-19 vaccine Friday, saying it was “haram,” or forbidden in Islam, because it contains a pig derivative — but they told Muslims to get the shot anyway as saving the lives of people was essential.

The Ulema Council further told that in an emergency such as this Muslims should take whatever vaccine they can get easily and on time.

“It is important to note that the AstraZeneca COVID-19 Vaccine, is a viral vector vaccine that does not contain products of animal origin, as confirmed by the British Medicines and Health Products Authority,” AstraZeneca said in a statement.

Asrorun Niam Sholeh, from the Indonesia Ulema Council, said trusted experts have explained the dangers posed by people not being vaccinated while “halal” vaccines — those permissible in Islam — are lacking, So, he urged Muslims to take it anyway if they did not have any other option available.

“Indonesian Muslims must participate in the COVID-19 vaccination program implemented by the government to achieve herd immunity and be free from the COVID-19 outbreak,” Sholeh said. The edict or “fatwa” came after the country’s drug regulator declared it safe after blood clotting concerns were raised in Europe earlier this month.

The country has started distributing the vaccine in six provinces. The East Java branch of the Ulema council on Monday said the vaccine was halal when it was administered to some of its members. It did not say why and how it had been deemed halal.

Misbakhul Munir, a 57-year-old member of the Nahdlatul Ulama in East Java, said he welcomed the AstraZeneca vaccine but laments the mixed messages about it.

“I strongly dislike the ambiguous decision,” he said of the halal status of the vaccine. “I’ll just adhere to what the local council said.”

Indonesia gave the go-ahead to use the AstraZeneca vaccine on Friday after European experts found no link between the vaccine and reports of blood clots among some of its recipients in Europe recently.

Siti Nadia Tarmizi, a senior Indonesian health ministry official, told Reuters about 100 religious figures in East Java who had received coronavirus vaccines on Tuesday, either those of AstraZeneca or Sinovac Biotech. She further noted there’s been no vocal opposition to the AstraZeneca vaccine.

Indonesia’s immunization program started in January and aims to reach 181.5 million people within a year. The country is suffering one of the worst COVID-19 epidemics in Asia, with 1,471,225 cases and 39,865 deaths as of Tuesday.

Indonesia has secured over 426 million doses of vaccines in total, including from Pfizer and BioNTech, Novavax, AstraZeneca, and Sinovac.

Contemporary Muslim scholars have ruled that non-nutritious therapeutic injections (for example, vaccinations) do not affect the fast and would not invalidate it. This is the fatwa of the International Islamic Fiqh Academy and various fatwa agencies in several Muslim countries.

The basis of this fatwa is that such injections are not like eating or drinking, either in form (entry into the gastrointestinal tract, also called the digestive tract or alimentary canal) or purpose (nutrition and hydration). Based on this, there is no harm in getting a Covid-19 vaccination while fasting in Ramadan, and it does not break one’s fast.

Muslim Ulemas around the world have been looking for vaccines that could be considered halal. They have contacted vaccine manufacturers to confirm whether the vaccines in question were permissible for use under Islamic law.

Moreover, it is not the first time Muslims have debated the halal status of vaccines. In 2018, the Indonesian Ulema Council decreed that the measles and rubella vaccines were “haram,” or unlawful, because of the gelatin. Religious and community leaders began to urge parents to not allow their children to be vaccinated.

However, as a consequence, “Measles cases subsequently spiked, giving Indonesia the third-highest rate of measles in the world,” said Rachel Howard, director of the health care market research group Research Partnership. Later on, Muslim clerics in the countries issued a fatwa saying that it was ok to vaccinate Muslim babies.

A lot of Muslim communities globally still avoid getting their newborn babies vaccinated due to religious and cultural reasons.

Some Muslim countries have made efforts to develop halal vaccines to control various diseases. Malaysia is one such country where parents take the halal status of vaccines very seriously. However, their efforts have not proved successful so far.

One may not find an easy fix to the ongoing scarcity of halal vaccines available in the market due to the massive demand for COVID-19 vaccines all over the world.

It is worth noting that Muslim scholars in other countries have not yet given their verdict about the vaccine.

Is The AstraZeneca Vaccine Safe?

Although, AstraZeneca has been the main COVID-19 vaccine in several countries such as Indonesia, recently, European Union seems to have suggested that the vaccine may not have any future. In many places around the world, there have been reports that the people who had taken the vaccine jab have experienced blood clotting and other complications.