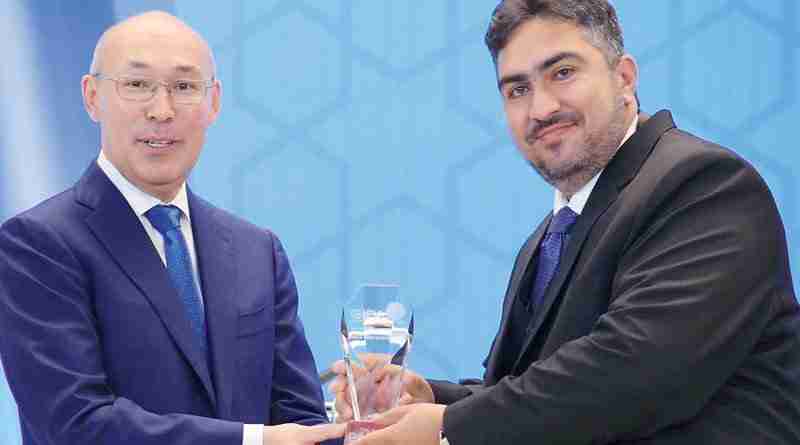 The award was received on behalf of the bank by Mustafa al Lawati, head of investment banking, project finance and syndications at Alizz Islamic Bank, according to a press release.

Salaam Said al Shaksy, CEO of Alizz Islamic Bank, said, ‘We are deeply honoured to be recognised with the ‘Best Sukuk Deal 2017′ award by GIFA for our role as joint lead manager for the recently issued Oman government’s seven-year US$2bn sukuk. It is a great honour to be acknowledged along with other leading Islamic finance institutions. The award recognises our profound dedication to lead the innovation of the Islamic finance sector in the sultanate.’

Shaksy added, ‘We are extremely grateful to the government of Oman for selecting us to be joint lead manager for the first issuance of the seven-year US dollar sukuk and giving us an opportunity to deliver on a global stage. The significant oversubscription of the sukuk has indicated a clear global investor confidence in the prospects of the Omani economy.’

It is worth noting that Alizz Islamic Bank was the only bank from Oman to have been selected to lead the government’s first ever sukuk deal.

The sukuk structure based on Ijarah (lease) which carried a rental rate of 4.397 per cent and maturing in May 2024 was eventually oversubscribed over three times with institutional investors from Asia, Middle East, Europe and US taking up the offer.

By receiving the license for investment banking services, Alizz Islamic Bank is now actively arranging various sukuk transactions that provide an attractive opportunity for investors to invest in projects in Oman.