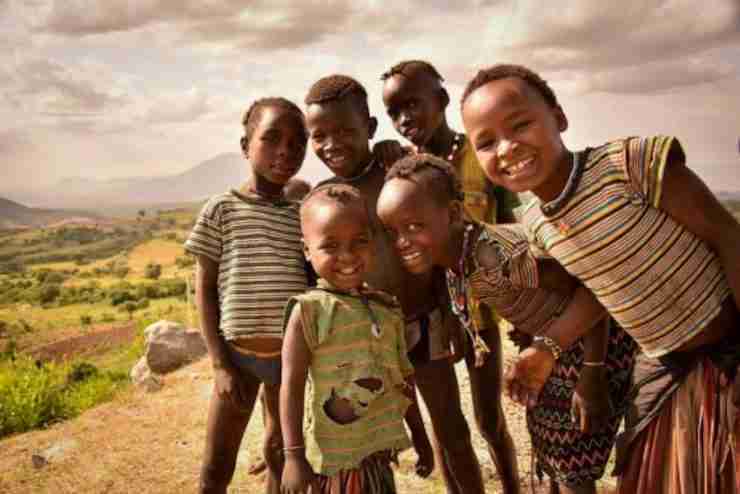 Islamic finance could reduce poverty and the economic challenges associated with it. The way to do so would be to increase access to credit in some of the poorest regions of the world like Africa, parts of Asia and Latin America, etc.

What Are Islamic Finance Tenets?

Islamic finance works on certain principles. Some of these principles are listed below.

As of 2008, as much as 72 percent of people in Muslim-majority countries did not use conventional banks and as much as 40 percent of the same population said they refused to use microfinance institutions because Sharia law bans interests. Small and medium enterprises (SMEs) in Muslim countries face a similar issue. Around 35 percent of SMEs in these countries do not have access to credit because they insist on using Sharia-compliant lenders. Since SMEs are widely considered to be major drivers of a country’s economy, a lack of access to credit among SMEs can do damage to the whole country’s financial success.

Consequently, the expansion of Islamic finance institutions around the world can make it easier for many people to gain access to credit, which will allow them to start or expand businesses, buy homes and engage in other forms of economic activity.

Like other religious traditions around the world, Islam requires its adherents to behave justly. Sharia does not only include laws about interest payments. It also has laws requiring the protection of the poor and less fortunate. Because Islamic financial institutions are explicitly organized along religious lines, they are technically required to consider principles of justice when making decisions. Of course, the people who run Islamic finance institutions are not saints, and they make decisions to benefit themselves just as the leaders of Western banks do, but there are some systems in place that make justice-oriented lending more likely.

Some institutions have taken even more direct steps to use the financial system to improve people’s lives. For instance, Kazanah Nasional in Malaysia has issued a “social impact Sukuk” worth around $280 million. Assets in the Sukuk are intended to support affordable housing, renewable energy, and other initiatives.

Because Sharia forbids “excessive uncertainty” and trading in debt, scholars think Islamic finance is resistant to the kind of mismanagement that caused the 2008 financial crisis. Islamic finance institutions also performed better than conventional banks in the wake of the global economic crisis, in part because they tend to make safer investments.

The relative stability of these institutions explains some of the appeals among non-Muslims in them after 2008. Discouraging risky investments and increasing stability also protects the most vulnerable people around the world who suffer most from predatory lending practices and also from economic crises that come from such malpractices.

As the practice of Islamic banking spreads, more research is emerging about its promises. But when it comes to increasing access to credit in some of the poorest regions of the world, organizing finance on principles of justice, and preventing instability, Islamic finance is emerging as a popular and effective solution.

A professor at the School of Business of the Kwame Nkrumah University of Science and Technology (KNUST), Ghana, says Islamic finance can boost access to funding and would help Ghana bridge the infrastructure gap.

Prof Naail Mohammed Kamil Dangigala described Islamic banking as asset-based financing which could facilitate better intermediation for SMEs and infrastructure investments in poor countries of Africa and other regions.

Islamic finance transactions do not allow the payment or receipt of interest (riba), gambling (maysir) i.e. excessive speculation, or excessive uncertainty (gharar). It uses risk-sharing as justification for profit-making as a fundamental tenet of the system. Investments in Islamic finance also avoid high-debt businesses due to interest payments.

According to Prof Naail, the fair and transparent business management system guides customers to ensure a full understanding of risks and costs associated with the product and services a true Islamic banking system would offer them.

He added that inclusiveness and stability are key reasons for their advocacy for Islamic finance in Africa.

“Islamic Banking model is based on a principle of profit-sharing, according to which the risk is shared between the bank and the customer”, he said.

However, this is not the case with conventional banks, where depositors repay their deposits based on a pre-determined interest rate no matter what happens to the principal amount they had originally borrowed from the bank.

Although, based on Shari’a principles, Islamic Banking is not restricted to Muslims. It is for everyone to follow and adapt to suit their genuine economic and financial needs.

The Islamic financial system is termed “Islamic” because the guiding principles emanate from the civil law of the Shari’ah (Islamic law), which guides and brings development to mankind.

In the system, strong ethical and moral dimensions of conducting business and business selection play an important role in promoting socially desirable investments.

How can the bank determine who qualifies for a loan?

An independent investigation is conducted on individuals seeking financial assistance from Islamic Bank to verify their potential growth capacity.

Businesses whose financial practices and operations are too risky are generally left out by Islamic financing companies.

According to reports, about 44% of the African population are Muslims with more than 50 Islamic banks in 21 countries across the continent.

Five years after, Kenyan authorities updated their laws to reflect Islamic investments. In Tanzania, however, Islamic banking commenced in 2010.

The two major components of Islamic finance are banking services and the Sukuk market (bond market).

Whereas conventional bonds reflect the borrower’s undertaking to repay the principal amount plus an agreed interest rate,. Sukuk are structured in such a way that, the returns are related to the underlying asset, with the lender receiving an asset claim in return.

According to The Banker’s 2020 Top Islamic Financial Institutions, the industry’s continued growth has doubled in size over the past decade with a compound annual growth rate (CAGR) of around 10.8% since 2006.

Globally, the report indicates, there are now 47 financial institutions with over $10bn in sharia-compliant assets, an increase from the year before, with 27 institutions recording a pre-tax profit of more than $500m in 2019.

It also indicates that the number of conventional lenders with sharia-compliant banking windows on the list fell to 118, two less than the previous year.

The report again says, “The Middle East and North Africa (MENA), which saw assets increase by 9.2% to $1.4tn, is experiencing a growing divergence between the six countries of the Gulf Co-operation Council (GCC) and the rest of the region. GCC assets have grown by 12.2% while the rest of the region saw total assets rise by only 3.8%”.

Sub-Saharan Africa, which ranked well in 2019, with assets up 18.2%, fell dramatically in 2020, with overall sharia-compliant assets dropping 23.5% year-on-year.

“The region continues to make up the smallest fraction of total global sharia-compliant assets, worth $14.4bn as of the end of 2019, having briefly overtaken Australia/Europe/America in the 2019 ranking”. The report says.

The latter regional grouping saw a significant increase in the 2019 review period, as sharia-compliant assets rising more than 20% year-on-year, after falling 12.8% the previous year.

Prof Naail stated it is high time Ghana introduced Islamic banking to alleviate the poor and support growth of businesses.