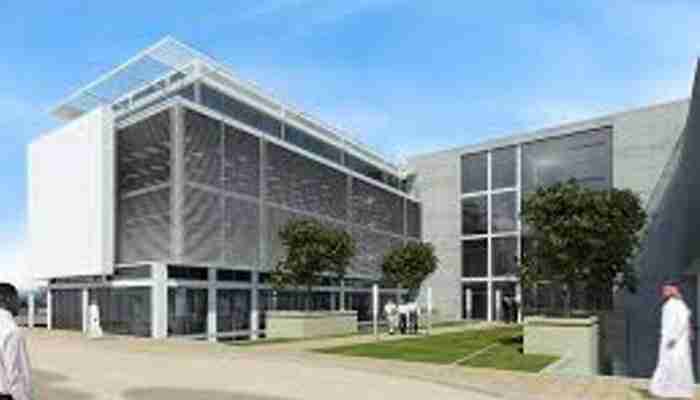 Islamic Finance is Based on ‘Shared Prosperity’

The Halal Times - News On Global Halal, Islamic Findustries » Blog » Islamic Finance is Based on ‘Shared Prosperity’
Jun 10, 2017 by admin

The way Muslims do business is based on free-market economics, but it provides a far more equitable and sustainable economic model than the dog-eat-dog world of Western capitalism. This was a strong underlying message to come out of a recent conference on Islamic banking in Sandton.

Islamic finance, which is governed by shariah (Islamic law), is firmly established in South Africa. The sector has been boosted by the government’s efforts to accommodate its products and services in financial regulation, with a view to South Africa becoming the Islamic finance hub for sub-Saharan Africa.

At a well-attended conference hosted by law firm Cliffe Dekker Hofmeyr last week, two eminent figures in the Islamic finance community, Bilal Jakhura, the director of the Centre for Islamic Economics and Finance South Africa, and Mohammed Kaka, the executive director of Albaraka Bank, outlined for a largely non-Muslim audience the principles and practices of Islamic finance, and provided details of the various banking products on offer.

Although the faith-based principles underpinning Islamic commerce extend back to the early days of Islam, Jakhura says that formal Islamic banking and the codification of these principles has occurred only in the past 40-odd years. Now, with over 300 institutions spread over 75 countries, the Islamic finance market is worth about US$2.1 trillion (according to Thompson Reuters in 2014), with an annual growth rate of over 17% from 2009 to 2014.

Banking the Islamic way has been an option for South Africans – it is not restricted to Muslims – since 1989, when Albaraka Bank opened in Durban.

Absa Islamic Banking was established in 2006.

Shariah-compliant collective investments have proliferated in the past decade, and are offered by a number of asset managers (see “Collective Investment Schemes”, above). And the JSE, in conjunction with the FTSE, has two indices that reflect the performance of shariah-compliant listed companies: the FTSE/JSE Shariah All Share Index and the FTSE/JSE Shariah Top 40 Index.

Over the past several years, the government has amended financial legislation to better accommodate shariah-compliant banking and investment products and services, Jakhura says.

Collective investments can now include non-equity shariah-compliant instruments, and tax laws have changed so that those investing in shariah-compliant products can enjoy the same tax concessions as those with conventional products.

Jakhura says that in 2014 National Treasury broke new ground by issuing a $500-million Islamic bond, known as a sukuk.

Islamic economic principles, Jakhura says, are consistent with the concept of “shared prosperity”, whereby society benefits as a whole. He says it is increasingly recognised, not only by Islamic institutions, but also by global institutions such as the World Bank and the World Economic Forum, that the adherence to certain principles inherently leads to sustainable economic development and a more equitable distribution of wealth. In 2009, following the global credit crisis, the Vatican suggested that “the principles of Islamic finance may represent a possible cure for ailing markets”.

Islam recognises the forces of supply and demand, the profit motive and the right to private ownership, which are essential for innovation and prosperity, Jakhura says. But it differs from Western capitalism in that capital cannot dictate its own rewards – there is a sharing of risk between the supplier and the user of capital, instead of a transfer of risk. And no rights are absolute – they are subject to higher moral considerations.

Islamic commercial law, or Mu’aamalaat, which forms part of shariah, espouses the virtues of “the honest businessman” and requires transparency and fairness in business dealings, Jakhura says.

The fundamental principles of Islamic finance are:

• “Riba” is prohibited. Riba literally means excess or increase, but commonly refers to interest on a loan. In fact, Jakhura says, the concept of a loan, as it is understood in Western finance, is foreign to Islamic finance.

• There is a shared responsibility for profit and loss between borrower and lender. A good example of this in conventional finance is buying shares in a company. Shareholders enjoy a share of the company’s profits if it does well, and bear a share of its losses if it does badly.

• Investing in companies that provide goods or services considered contrary to Islamic values is prohibited. These include interest-governed financial institutions; the entertainment industry, including hotels, casinos, and nightclubs; and companies manufacturing, selling or offering alcohol, pork, gambling, pornography, prostitution, weapons or tobacco.

• Transparency is demanded of all parties in a financial transaction. Shariah forbids deception by, for example, exaggerating a product’s worth or concealing a defect.

• Transactions must be backed by tangible assets, and the trading of debt is prohibited. This rules out speculative investing and trading in derivatives.

• All financial institutions offering shariah-compliant banking and investment products must have in place a shariah supervisory board – made up of Islamic clerics and scholars who have the respect of the Muslim community – which monitors compliance.

• Profit-sharing agreements traditionally occur between a lender and an entrepreneur.

In a joint partnership, or “musharakah”, the bank will help to finance a company through establishing a joint venture. The bank’s return on the loan for the venture is an agreed percentage of the company’s profits. This is  similar to a conventional simple venture capital deal, where the financier that provides start-up capital becomes a joint shareholder.

• Another type of agreement is trust financing, or “mudarabah”, whereby one party provides expertise and managerial skills, and financing is fully provided by the other party. Profit is shared according to an agreed ratio, but the risk of loss lies with the provider of the capital. This can work for financing or for investing.

• A common sales-based transaction is “murabahah”. Instead of lending money for an item, the bank buys the item and sells it to the buyer at a higher price, allowing the buyer to pay it back in instalments. Ownership transfers on the conclusion of the sale.

• In a lease-based agreement, known as “ijarah”, the bank buys the asset and leases it to the lessee for a fixed term. The rate at which the asset is leased may be fixed or it may fluctuate if linked to a defined benchmark. Depending on the agreement, the bank may retain ownership of the asset at the end of the term or transfer ownership to the lessee.

What the banks offer

Mohammed Kaka, the executive director of Albaraka Bank, says the South African Islamic banking market is very small, but there is the potential for growth in Africa. He says it has been estimated that only 10% to 20% of the Muslim community in South Africa uses Islamic finance.

The Islamic banks offer essentially the same services as conventional banks; the big differences are that they don’t provide unsecured credit in the form of personal loans, overdrafts or credit cards, and there are no predetermined returns on deposits.

• Transaction accounts: on cheque and savings accounts, you transact with an ATM/debit card. Internet and cellphone banking are generally available. Debit cards must have a positive balance.

• Deposit accounts: Islamic banks offer notice accounts, fixed deposits, facilities for investing a specific amount monthly and lump-sum investments that provide an income. They do not fix rates of return on deposits, because this would be tantamount to paying interest, but they pay out a share of the bank’s profits to depositors.

• Investments: Albaraka has unit trust investments in the form of the Old Mutual Albaraka Equity and Balanced funds (see “Collective investment schemes”, below).

• Financing for concrete assets, such as vehicles, is mainly based on the “ijara” (leasing) model, with the option to own the asset on settlement. Home loans are based on the “diminishing musharakah” model, whereby the client gradually owns a bigger and bigger portion of the property. The bank and client initially own the property in, say, an 80%/20% partnership (the 20% is the deposit on the property). The bank’s share is divided into units and the client undertakes to purchase from the bank one unit a year over an agreed period (for example, 10 years). The client becomes the sole owner of the property at the end of the period.

• Shariah-compliant insurance for your vehicle, household and business, based on the “takaful” model whereby contributions are pooled in a co-operative system.