Resilience Of Remittances Proves A Lifeline for Pakistan 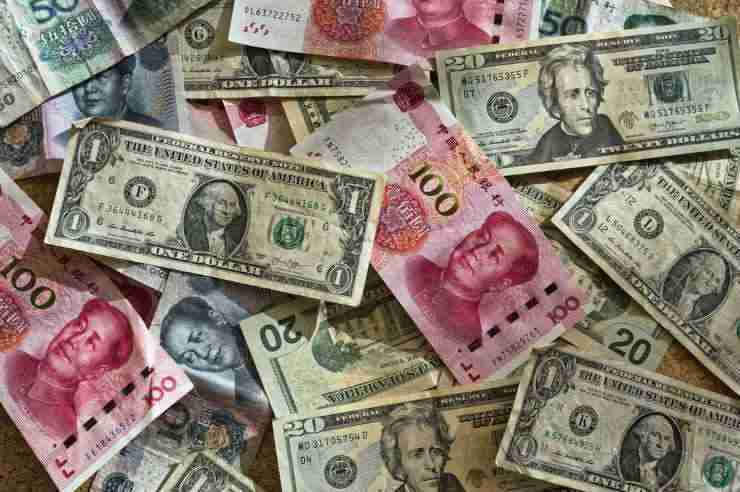 The resilience of remittances proves a lifeline for the weak Pak economy.

The inflow of workers’ remittances into Pakistan increased by 27% — which is a decade-high growth rate for the month — to $2.65 billion in August, compared to $2.09 billion in the same month of the previous year.

This was the sixth month in the past 15 months when the inflows of remittances sent home by overseas Pakistanis remained around $2.7 billion. Moreover, August was the 15th successive month in which receipts remained above the threshold of $2 billion.

The country saw robust growth in workers’ remittances in the wake of COVID-19, as restrictions of international traveling to contain the disease encouraged overseas Pakistanis to send remittances through banking channels.

Previously, some non-resident Pakistanis sent money through illegal channels of hundi-hawala operators, as they paid a comparatively better exchange rate in Pakistani rupee in the country.

Interestingly, the inward remittances to the country remained strong even after major events like Eid and Ramadan, etc.

The incentives provided by the central bank and digitization encouraged expatriates to use formal money transfer channels.

It is expected the remittances to the country will remain strong in the coming months as well. It could have a positive impact on the country`s economy.

On a month-on-month basis, the inflows were marginally lower by 2% during the month under review compared to July 2021, the central bank reported.

“The marginal month-on-month decline was a reflection of usual post-Eid slowdown,” Pakistan’s central bank said in a statement on remittances.

Cumulatively, in the first two months (July-August) of the current fiscal year, remittances grew 10.4% to $5.36 billion compared to $4.85 billion in the same period of last year.

The workers’ remittances surged by a strong 27% to an all-time high of $29.4 billion in FY21, surpassing the previous record high of $23.1 billion received in FY20.

“Proactive policy measures by the government and SBP to incentivize the use of formal channels and curtailed cross-border travel in the face of COVID-19 have positively contributed towards the sustained improvement in remittance inflows since last year,” the SBP said.

It added that altruistic transfers to Pakistan amid the pandemic and orderly foreign exchange market conditions lent further support.

The central bank expects remittances to remain strong and improve in the current fiscal year 2021-22.

Country-wise data reveals that inflows from the Kingdom of Saudi Arabia (KSA) increased by 17% to $694.2 million in August compared to the same month of last year. They improved 25% to $512.3 million from the United Arab Emirates (UAE).

Moreover, remittances from other GCC countries increased 27.9% to $289.2 million and a 75.25% increase was recorded in inflows from European countries, which clocked in at $291.8 million in the month under review compared to the same month of last year.

One possible cause of the increase in remittances was the travel restrictions imposed due to the COVID-19.

India registered the highest remittance inflow in 2020. On the other hand, remittances were around 29 billion dollars, a mere fraction of what India gets annually. Pakistan is not included in the top five recipient countries in terms of remittances. They include India, China, Mexico, the Philippines, and Egypt. Pakistan comes at No. 6 position. 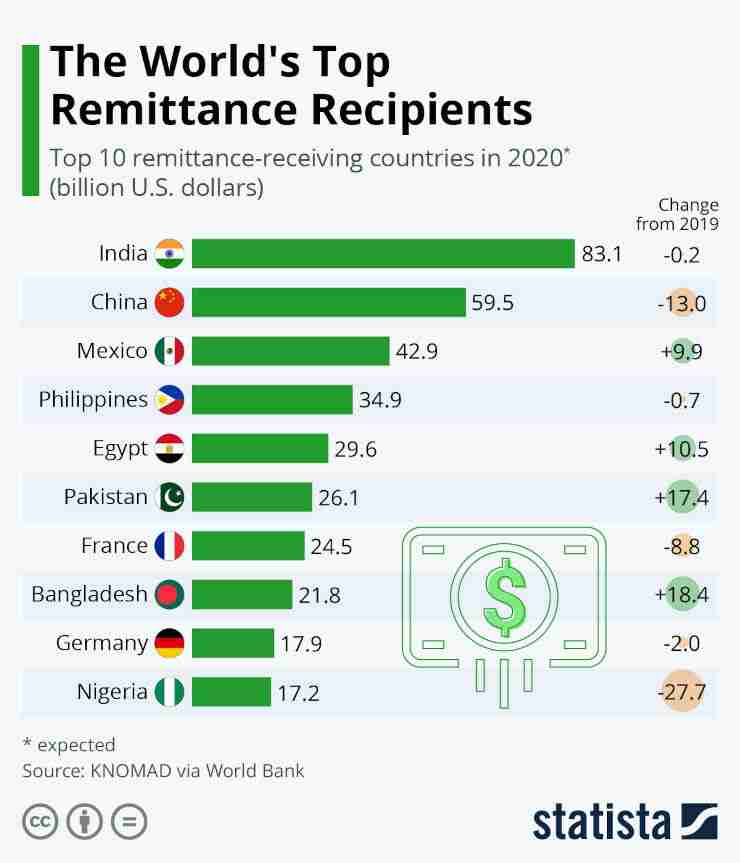 However, to further improve remittances to Pakistan, the introduction of a neobank that specifically caters to Pakistani expatriates will be helpful as they can use the digital payment service in Urdu or any other local language to send their remittances to their loved ones in the country. Other countries and regions have already been using similar digital services to improve their remittance inflows.

ISA From Humble Beginnings to Global Halal Certification Body
Next Post:What Do Customers Want From A Traceability Solutions Provider?