Why Should We Preserve the Arabic Language? 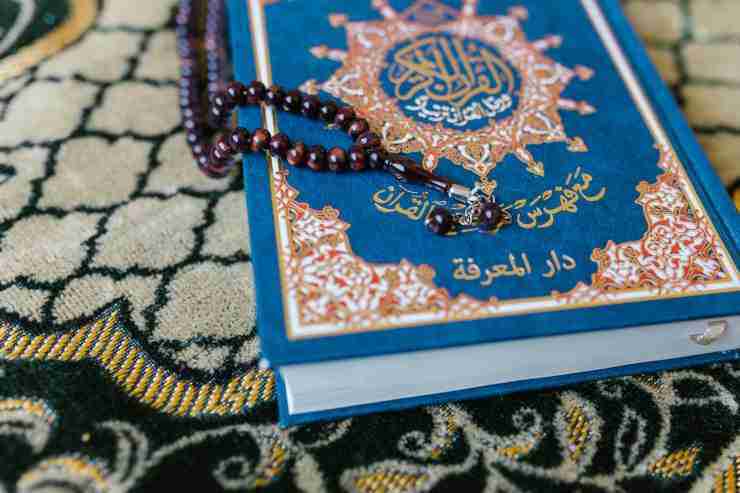 Arabic is the language of the Quran and the language of our beloved Prophet Muhammad (pbuh). We need to preserve this language at all costs as it is a way to learn our deen as well. Not only Arabs but also non-Arab Muslims need to learn the language to effectively understand what Quran and Sunnah require from Muslims.


Recently, we bumped into an article published on a Qatari news site about the preservation of the Arabic language. We are republishing it for the benefit of our readers.

The strength and weakness of a language and its respective nation are closely interrelated, when one goes down—so does the other, and vice versa.

Language is what marks the cultural identity of a nation and defines the allegiance of its people, as most nations are united by one mother tongue that creates or represents the strongest bond between their citizens. This pertains to many nations in the world in which a mutual exchange of being named after the language or the language being named after the people exists, such as Chinese, French, Arabic, Portuguese, Russian, Spanish, and so on.

Since language is an empowering tool for other nations to transfer their cultures and a reservoir for their thought, literature, and history, it is a subject of pride for every nation, and the Arab nation is no exception.

Arabic plays a pivotal role in developing the Arab character culturally, intellectually, and psychologically in the past, present, and will continue to do so in the future, and as language is the anchor of a nation’s unified identity, its loss foreshadows a society’s disunity and potential demise.

A powerful and versatile language in the pre-Islamic era, Arabic, in which the Qur’an was revealed, grew exponentially as a sacred tongue, expanding beyond being the language of one nation to becoming the language of all nations that embraced Islam as a religion. And so, Arabic became the vernacular for religious observation and acts in Islam, and the fundamental means to a better understanding of the Qur’an; a unique feature that is rarely found in other languages.

Historically, the spread of Arabic was linked to Islamic conquests. I am particularly referring to the remarkable status the language had during the peak of Moorish rule in Andalusia (present-day Spain and Portugal). Universities, literature, art, music, and distinctive Arab architecture flourished at a time when the rest of Europe was suffering under medieval decadence and the Church’s control.

Royals, rulers, and elites sent their children to study in Arabic-speaking universities in Andalusia. Scholars such as Ibn Rushd, Al-Khwarizmi, and others were well-known across Europe and formed a springboard for the Renaissance. Centuries later, things relapsed: the Islamic rule of Andalusia collapsed, and then Arab countries fell victim to an era of Western colonization, in which, naturally, the Arabic language declined.

With the reversal of the relationship between the conqueror and the conquered, the tide turned against the Arabic language, and Arabs began to feel the pressure to learn the language of their colonizers.

The aftermath of colonization

With technology dominating the Arab world’s economy and politics being controlled by Western powers, many Arabs over the last few decades have been educating their children in English, as a prerequisite for employment and access to technology.

In Arab countries with medium or high population density, such as Saudi Arabia, Egypt, Iraq, Syria, and others, Arabs were able to relatively withstand linguistic challenges. The situation differs, however, in low-population countries such as Qatar, the UAE, and Kuwait, whose citizens account for 20% of the total population, with the vast majority being expats from different countries around the world. And so, alarm bells are ringing to warn of threats facing our mother tongue.

In Qatar, we have always been strongly rooted in our Arabic identity and our belonging to the language, which embodies our past, present, and future.

As a country and as a people, we understand the threats facing this magnificent language. The responsibility our identity and history placed on our shoulders dictates that we must act to fight the threats facing our mother tongue, particularly due to the increasing number of universities and schools that offer education in foreign languages to meet the unavoidable scientific, economic, and political expectations.

It is due to this that Qatar has issued Law No. 7 of 2019, which requires everyone to use the Arabic language in their daily work transactions and meetings.

The decree is excellent in principle and its implementation would effectively contribute to increasing the presence of Arabic in the community, but it has not been fully enforced so that it achieves the desired goals.

One of the first topics that Qatar’s first-ever elected Shura Council discussed was the challenges facing the Arabic language. I was invited to the plenary session on this topic and stated categorically that the language should constitute our cultural security. Everyone responded positively to this proposition, and it found great resonance with public opinion in both traditional and digital media. The matter is still the subject of ongoing debate and discussion.

Arabic is not just a tool for communication, rather it is our identity, our past that preserves our heritage and the history of our ancestors; it is the language of our faith, without which our religious observance will be incomplete; it is our future, without which we lose what sets us apart as a nation and what connects us with our past; and it is our present, without which we cannot be described as a nation.

Arabic has influenced several other languages, in fact, its impact far exceeds that of many others. Numerous languages ​​are written in Arabic letters and contain a myriad of Arabic vocabularies, such as Urdu, Persian, and Swahili. Other languages contain thousands of Arabic words and structures, such as Spanish, Portuguese and Maltese. A more limited impact of Arabic is also seen in other Indo-European languages.

The call to preserve the vernacular does not mean in any way that other languages ​​should not be learned. It is a fact that learning foreign languages ​​is a necessity, due to the plethora of developments in every sector and the world’s transformation into a global village. Ultimately, languages ​​are living organism that interacts, influence, and converge with each other; such has been the case throughout history, and it should stay that way.

The deep concern we have over our mother tongue being replaced with or weakened by foreign languages, especially English, is shared by many other nations. The French, the Germans, the Spanish, and others have the same worry and have taken measures to preserve their national languages ​​from becoming frail or lost.

Since 1973, Arabic has been one of the official languages of the United Nations, along with English, French, Spanish, Russian, and Chinese, which testifies to its global standing and impact, as well as the rigor and demands that more efforts are put in to preserve and promote it.

Arab expat communities who live abroad and risk the loss of their mother tongue must bear in mind all these dimensions of the Arabic language, and be more active in maintaining this great vernacular by teaching it to their children as their commitment to both their past and future.

Dr. Hamad bin Abdulaziz Al-Kawari is a minister of state with the rank of Deputy Prime Minister and the president of Qatar National Library.

How To Get More Traffic on Your Site With Earned Media?
Next Post:Indonesia To Launch Halal COVID-19 Vaccine in 3rd Quarter