Will Southeast Asia Be A Leader In Islamic Marketing? 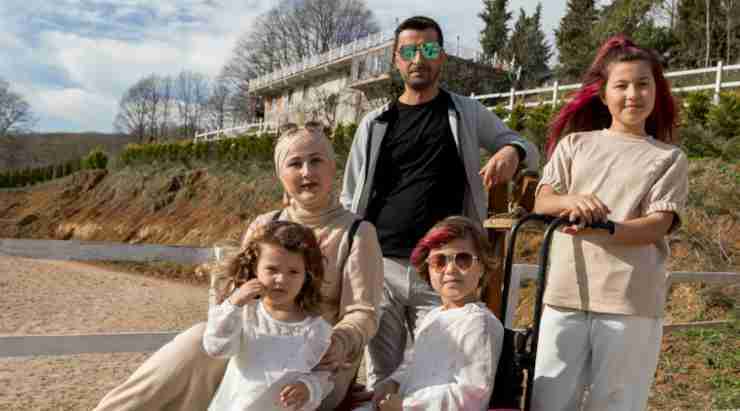 Islamic marketing is touted to be the next big thing for marketers across the world because of the huge and growing potential market for Islamic products and services. The reasons for the exponential growth are many. Islam has a decisive influence on Muslim consumers’ wants and needs. Currently, there are fewer and fewer political, legal, and cultural barriers to the expansion of Islamic products and services targeted at Muslims globally.

While there are huge opportunities in this space, catering to the Muslim population globally is not for the faint-hearted. The reasons are quite obvious.  One must consider the vast differences that exist within the Muslim world globally. To help marketers with their plans and strategies, here are some key considerations and tips for entering and growing your footprint in this sector.

Today, there are 57 countries in the Organisation of Islamic Cooperation with vast differences between them. In terms of population size, for example, they can range from more than 225 million Muslims in Indonesia to about 300,000 in Brunei.

Some countries are very rich in terms of GDP per capita such as Qatar, with close to US$100,000 per head and per year, while others are extremely poor like Somalia with just US$900 GDP per head and year. While these differences exist, what is important from the Islamic marketing point of view is that these countries, except for war-ridden ones, experience an increase in GDP that is higher than the world’s average.

At the same time, the growth of the Muslim population is the highest compared to all other religions. In 2030, it is estimated that Muslims will represent 26% of the total world population. Putting together population and GDP increase, it would be wise for companies across Southeast Asia – as well as globally – to consider how they can tap into this growing market.

In the past, there were very few categories of Islamic products. Traditionally, the most common were halal food and modest clothes, and occasions such as Ramadan or Aid ul Adha were considered the most auspicious moments for the sale of these products.


Since the decolonization movement after WWII and the significant emigration of Muslim populations to Western countries, we’ve seen the market expand not just in Muslim countries but worldwide as well. Today there are countless initiatives in different industries from across the world.

The reason these are good examples is that the companies understand the needs and requirements of their target Muslim audience and cater to them accordingly. Wherever you look, it’s quite clear there is a range of products and services that companies and countries are willing to fight for the Muslim dollars.

While there are huge opportunities, there are challenges that Southeast Asian companies should be aware of too. These challenges stem from the fact that the Islamic market is incredibly diverse, and the study of the environment is essential. There are two key pillars marketers need to pay attention to when tapping into the Muslim market:

The first key consideration is the socio-cultural environment. It’s worth noting that the behavior of the consumer will be radically different according to the attitudes relative to hierarchy, modesty, and risk-taking. As such, marketers need to carefully think about the use of dynamic elements of culture such as art or standards of beauty in an advertisement.

Additionally, while in the past it was common to consider one country as one market, this is no more the case and is an important point to remember when developing Islamic marketing plans. For instance, consumption patterns and attention paid to the certification of halal products are different in cities like Kelantan and Aceh, the strongholds of Islamic conservatism in Malaysia and Indonesia, compared to Kuala Lumpur and Jakarta respectively.

Secondly, understanding the political-legal environment is critical. Marketers need to familiarise themselves with this because the implementation of the shariah law will vary greatly according to the school of jurisprudence in that market. For example, in Southeast Asia, the Shafi’i school is dominant, while the Hanbali school is found in Saudi. As a result, some products and services offered in Malaysia, such as halal water or halal coconut, will not be offered in Saudi.

The opportunity for Southeast Asia

With the opportunities that lie ahead, the question is: Which region is best placed to profit from this trend? From my observation, it seems like Southeast Asia has sufficient traction to lead the Muslim world.

Malaysia and Indonesia have always been rivals when it comes to halal food, and it is expected that this competition will continue over the next few years. Malaysia has been a leader because of its sophisticated market and world-renowned certification process, which has attracted the likes of Nestlé and BRF from Brazil, the biggest seller of halal meat in the world. Indonesia, on the other hand, has also attracted giants such as Unilever, which established its Muslim Centre of Excellence as the world halal hub for the company.

Other Southeast Asia markets are slowly catching up and catering to the demand too. Singapore, for example, has a booming Muslim market. There are abundant halal eating options in the nation-state, including fast-food giants such as McDonald’s, KFC, and Pizza Hut, as well as halal eateries in food courts.

Not to mention, while Singapore is a country with a Muslim minority, it does have the biggest choice of Muslim-friendly options in the world, stretching from halal food to the organization of the Hajj. Taking this into consideration, other countries with Muslim-minority populations would be wise to follow Singapore’s model to gain good traction in this space.

COVID-19 has hit all countries indiscriminately. While the economic outlook will take time to recover, consumption will bounce back and it would be wise for marketers to prepare now for the rebound of the economy and form their Islamic marketing strategies sooner, rather than later.

Ultimately, for those looking to target the Muslim population, it is key to recognize the vast differences within the community and to understand the socio-cultural and political-legal environments of their target audience to truly be successful.